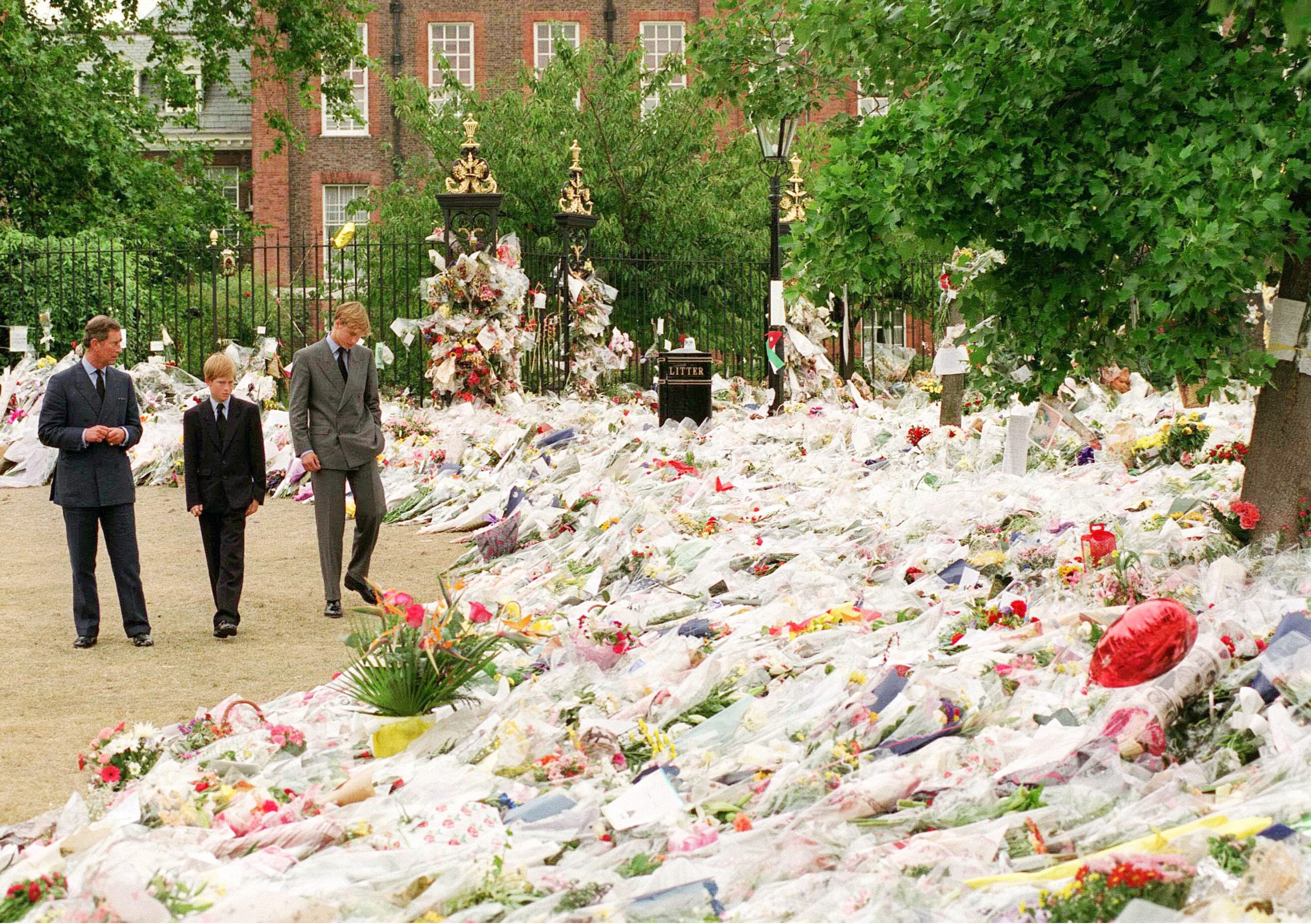 25 years on, it still feels surreal.

I remember Princess Diana’s death vividly. My husband and I were at a tiny cottage on Lake Muskoka 25 years ago, when his phone rang with his sister calling to say the Princess of Wales had been in a car crash.

I was already in bed, but something about the tone of his voice made me climb out and head down the hall to the living room. He stopped the video he was watching on the little portable TV we had brought from the city. And there it was. Breaking news headlines. Regular programming interrupted. Diana had left the Ritz Hotel in Paris and been involved in a high speed car crash in the Alma tunnel, one I had driven through many times during Paris fashion week.

There was something ominous about the reporting from the get-go. A tension and weight to the delivery. We were both riveted. Then around 11 pm, reports that she was in grave condition. And soon after that, the gut-punch. Diana was dead.

We looked at each other in astonishment.

As so often happens when one is told someone they know well has passed, the first reaction is disbelief. The mind struggling to comprehend. Of course we didn’t know her personally. But all of us who followed her marriage, and its dissolution, felt we did.

Newscasters read statements from Prince Charles and Queen Elizabeth, saying they were “deeply shocked and distressed.” British Prime Minister Tony Blair was “utterly devastated.” My thoughts went to William and Harry, who would have been woken near dawn to be delivered the devastating news. And my husband, so quiet, was possibly recalling when he was told, at age six, that his father had died, just weeks after being diagnosed with leukemia.

We sat there for hours watching the commentary, with few details emerging. At certain points, all that was aired was the British flag at half-mast with the caption, “Princess Diana 1961-1997.” Newsroom staff were clearly as shocked as the rest of us.

The next morning we drove back to the city so I could go into work at The Toronto Star to write a piece which I titled: Princess Diana, Supermodel of the Royal Set. The camera lens loved her and so did we, I wrote. And while Buckingham Palace might have liked her to remain as silent as a mannequin, she had become much more than than a fashion plate. She used her beauty as power, turning the spotlight on those who weren’t as fortunate as her.

Until her luck ran out.

The days following her death were surreal. It was like the world had stopped turning, not unlike the period, only four years later, after 9/11. We sombrely connected with friends and family. We watched the floral bouquets outside Buckingham Palace grow, the Queen’s television message after being criticized for not addressing the public, and the heartbreaking site of Diana’s sons walking behind her casket which was topped by a note addressed to “Mummy.”

And now we watch the emotional fallout of her death. One son who is devoted to royal duty. The other who is not. Each dealing with the trauma in their own way, as all sons who face the untimely loss of a parent do.

May 13, 1986: Prince Charles and Princess Diana arrive at the British Embassy in Tokyo, Japan, to attend a dinner reception hosted by the British Ambassador Sir John Whitehead. The late princess wears a gown designed by David Emanuel.

June 14, 1993: Princess Diana wears a pink Catherine Walker coat dress to the Order of the Garter ceremony at Windsor Castle.

1994: Princess Diana is captured during an oil painting session at American painter Nelson Shanks’s studio in London, wearing a petticoat and a white chiffon blouse designed by Tomasz Starzewski.

April 1, 1987: Princess Diana wears a military style suit by Catherine Walker and hat by Graham Smith to the passing out parade at Sandhurst.

April 14, 1986: Princess Diana wears a blue sequinned dress paired with a pair of emerald and diamond earrings and a diamond necklace featuring the Prince of Wales’s feathers (a gift from her husband, Prince Charles) to the Vienna Burgh Theatre.

November 10, 1988: Princess Diana wears a floral Catherine Walker gown to a dinner banquet hosted by the British ambassador at the British Embassy in Paris.