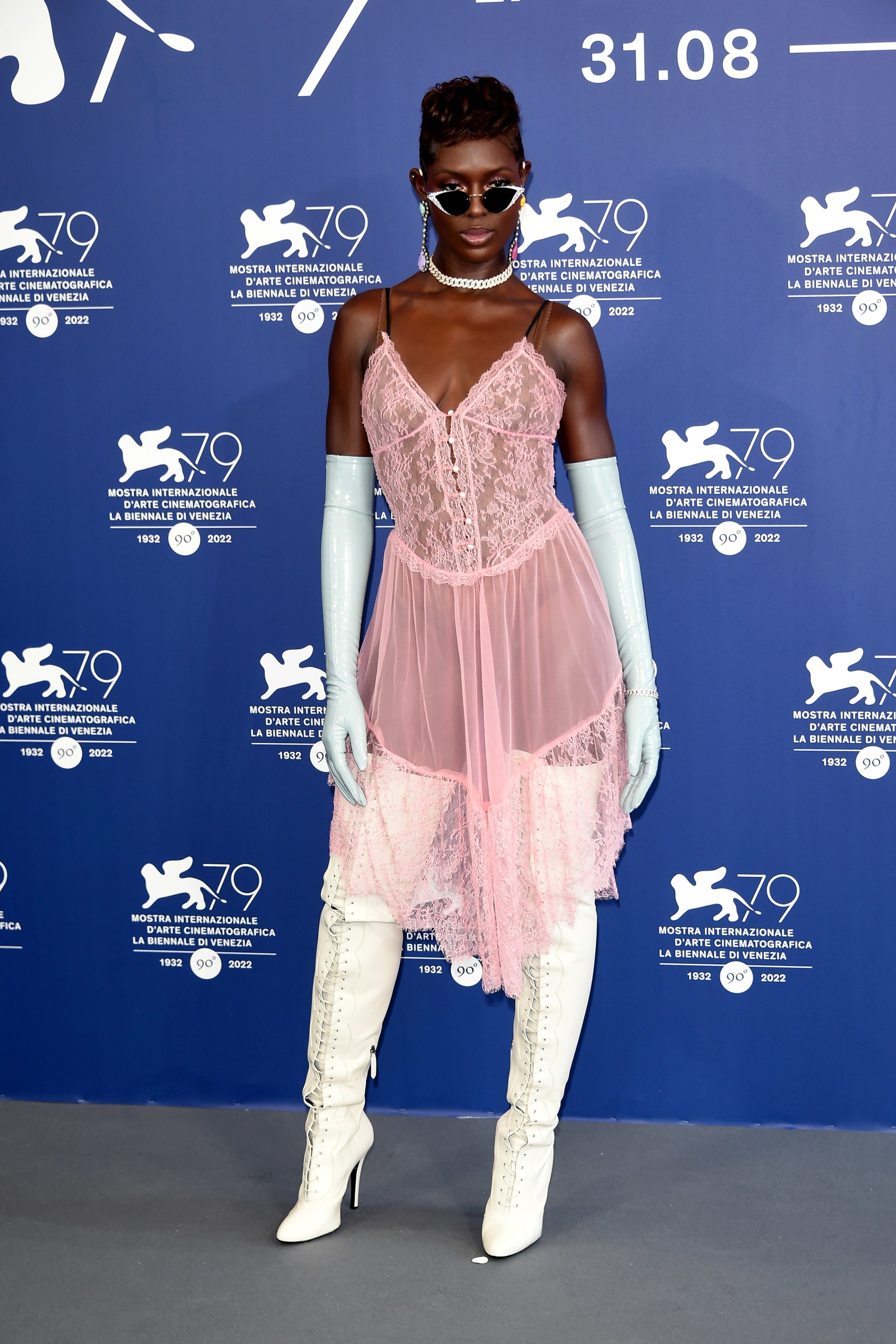 Class is in session.

I can’t stop thinking about Jodie Turner-Smith. It’s day one of the 79th annual Venice Film Festival and the actress is in Italy this week to celebrate the premiere of her film White Noise, directed by Noah Baumbach. In just a few hours, the star has managed to go viral in a myriad of looks that make use of unlikely colour pairings, surprising silhouettes and daring details.

We should expect nothing less from a Virgo during Virgo season.

Case in point: at the premiere of White Noise on August 31, Turner-Smith stepped on the red carpet in a plunging black bedazzled Gucci frock. The look was finished with green (!) opera gloves, chunky diamond necklaces and slicked-back hair lined with crystal accessories. Herein lies the beauty of Virgo dressing.

From August 23 to September 22, the sun enters Virgo, providing some level-headed respite from the chaotic air of Leo season. This zodiac period—which coincidentally falls at the end of summer and during the back-to-school days—is the time to buckle down and get to work. But that doesn’t mean Virgos can’t have fun. Enter Jodie Turner-Smith at Venice Film Festival.

Often opting for contrasting patterns, chunky accessories and voluminous feathers, Turner-Smith is not what you might expect when you think of a Virgo. The Earth sign is known for being grounded, observant and always reliable. As a result, it is often followed by a sartorial stereotype comprising structured silhouettes, straightlaced tailoring and subtle, minimalistic colour palettes. But this label is limiting to the ever-evolving Virgo.

Turner-Smith, whose birthday is on September 7, has a penchant for head-turning outfit changes. On the evening of August 30, at the Cinecittà and Academy of Motion Picture, Art & Science Dinner, the actor stepped out in a Raisa Vanessa bright blue mini dress. And there was no subtly in sight. Think: lots of fringe, padded shoulders and contrasting statement jewelry. As she should.

But the pièce de résistance of Jodie Turner-Smith’s Venice Film Festival looks — for now, anyway — was her convincing case for underwear as outerwear. At a photo call for White Noise alongside co-stars Adam Driver and Greta Gerwig on August 31, Turner-Smith wore a sheer baby pink lingerie slip dress from Gucci‘s resort 2023 collection.

With the translucent frock, she paired lace-up slouchy boots and a pair of opera gloves (this time with a metallic hue). While that may sound like a chaotic assemblage of wares, on Turner-Smith, it’s a cohesive look. Even a pair of clunky over-the-head earphones complimented her bedazzled dangly earrings. These are the talents of a detail-oriented Virgo at work. Also, I suddenly feel compelled to wear opera gloves with every outfit.

By pairing timeless pieces with unsuspecting silhouettes, Turner-Smith sets her own bar for sartorial statement-making. Through each risk-taking ensemble, her Virgo sensibilities come through via expert accessorizing, whimsical tailoring and a demeanour that shows she knows exactly what she’s doing. Always a perfectionist, never boring: this month, let her be your style inspiration.

As a days-long culmination of film, fashion and Hollywood royalty, the Venice Film Festival has an unwritten requirement for various viral fashion moments. And, like the Virgo she is, Jodie Turner-Smith understood the assignment.

This Bodyweight Move Is the Perfect Combo of Cardio and Core Work
Health Benefits of Yoga: 10+ Benefits Showing Why Yoga is Good For You
Jenna Ortega Had COVID While Filming the Viral “Wednesday” Dance Scene
Yoga Poses : Yoga Poses to Avoid While Pregnant
Elliot Page’s New Memoir Is a Pivotal Win For the Trans Community: “It Didn’t Feel Possible”