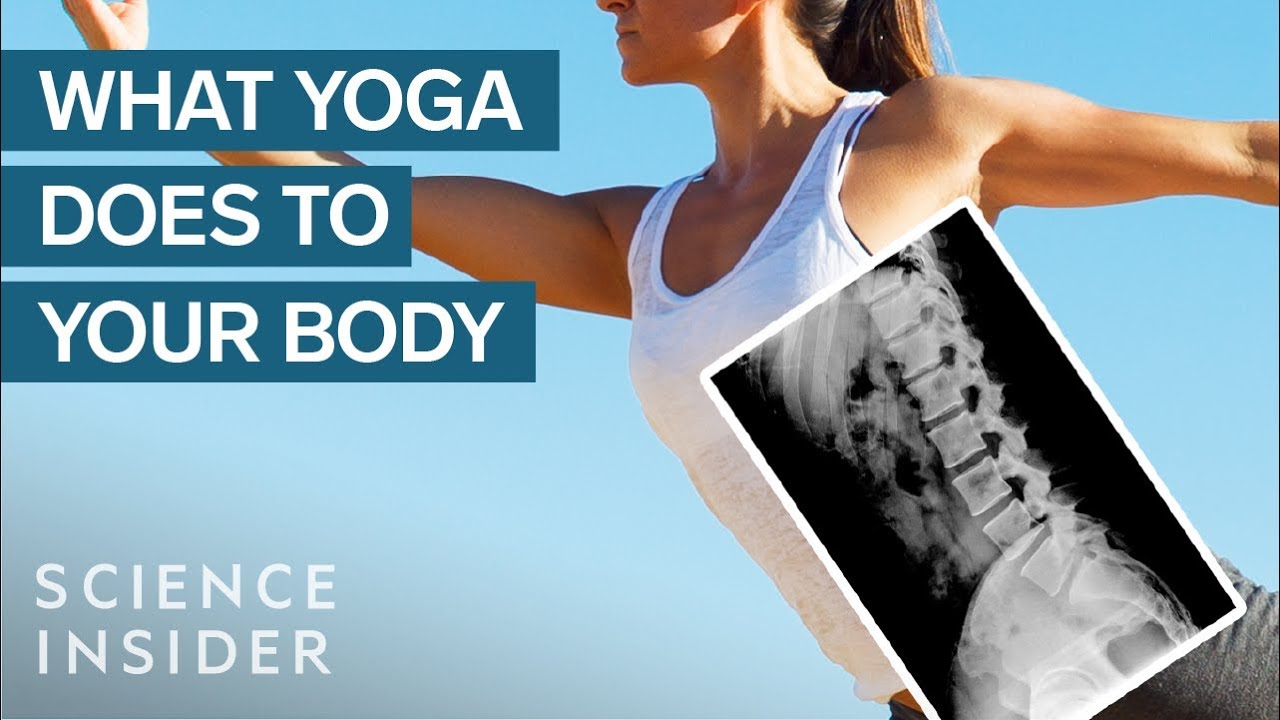 Following is a transcript of the video:

Over 36 million Americans practice yoga, which really can have profound health effects on your body and brain. Studies show yoga can improve flexibility, which in turn can prevent and treat back pain. Not to mention, it lowers inflammation in the body, which has been linked to serious issues like cardiovascular disease. And like other forms of exercise, yoga may reduce stress.

This year is the year that you start doing yoga, and I mean for real this time. You’re going to join the 36 million-plus Americans who have taken up this beautiful practice, connecting yourself with a millennia-old tradition and helping you flush out those nasty toxins, or, you know, probably not.

Before you grab a mat, here’s what yoga really does to your body and brain. First of all, yoga comes in many, many different styles, but generally speaking, it involves some amount of stretching and meditation. Now, despite what you may have read, there’s no scientific evidence to support the idea that yoga will flush out toxins from your colon or anywhere else. But that doesn’t mean these techniques can’t help your body in many other ways.

Take back pain for instance. An estimated 80% of Americans will suffer from back pain at one point in their lives. But one study found that after just six to 12 yoga sessions, participants reported significantly less pain in their lower back. That’s because certain yoga poses stretch out your hamstrings, which, when they’re too tight, can yank on your hip flexors and strain your lower back. But the more you practice yoga, the more flexible your hamstrings get.

For example, in a 2015 study, women practiced a type of hatha yoga, which involves positions like downward dog and triangle pose. They practiced 90 minutes each week for around 16 weeks straight. And by the last week, they could reach four centimeters closer to their toes than before thanks to those loose hamstrings. Now, if you’re also meditating during those yoga sessions, the flexibility might not be the only benefit. After seven to 16 weeks of meditative activities, participants in one study saw a huge drop in C-reactive proteins in their blood. Those proteins are linked to inflammation, which, when you’re overly stressed, can kick into overdrive. And over time, that inflammation may contribute to serious illnesses like cardiovascular disease and cancer. That’s where yoga’s meditative qualities can help.

Researchers suspect that yoga may reduce stress by interfering with the central nervous system’s ability to release stress hormones. Plus, studies show that meditation-focused types of yoga, like yoga asana, boost levels of feel-good hormones like oxytocin in the brain. Plus, yoga is an exercise, and exercise in and of itself is a stress reliever. In fact, the US Department of Health and Human Services recommends two and a half to five hours a week of light to moderate exercise.

That can include workouts like yoga, brisk walking, or swimming. And to be fair, any amount of regular exercise is most likely going to reduce anxiety, elevate mood, and improve sleep and self-esteem. So while yoga might have an edge in the flexibility department and mindfulness department, there are plenty of other activities you can try to get fit. But as long as it gets you moving and maybe gives you some new friends, why not give it a try?

Science Insider tells you all you need to know about science: space, medicine, biotech, physiology, and more.