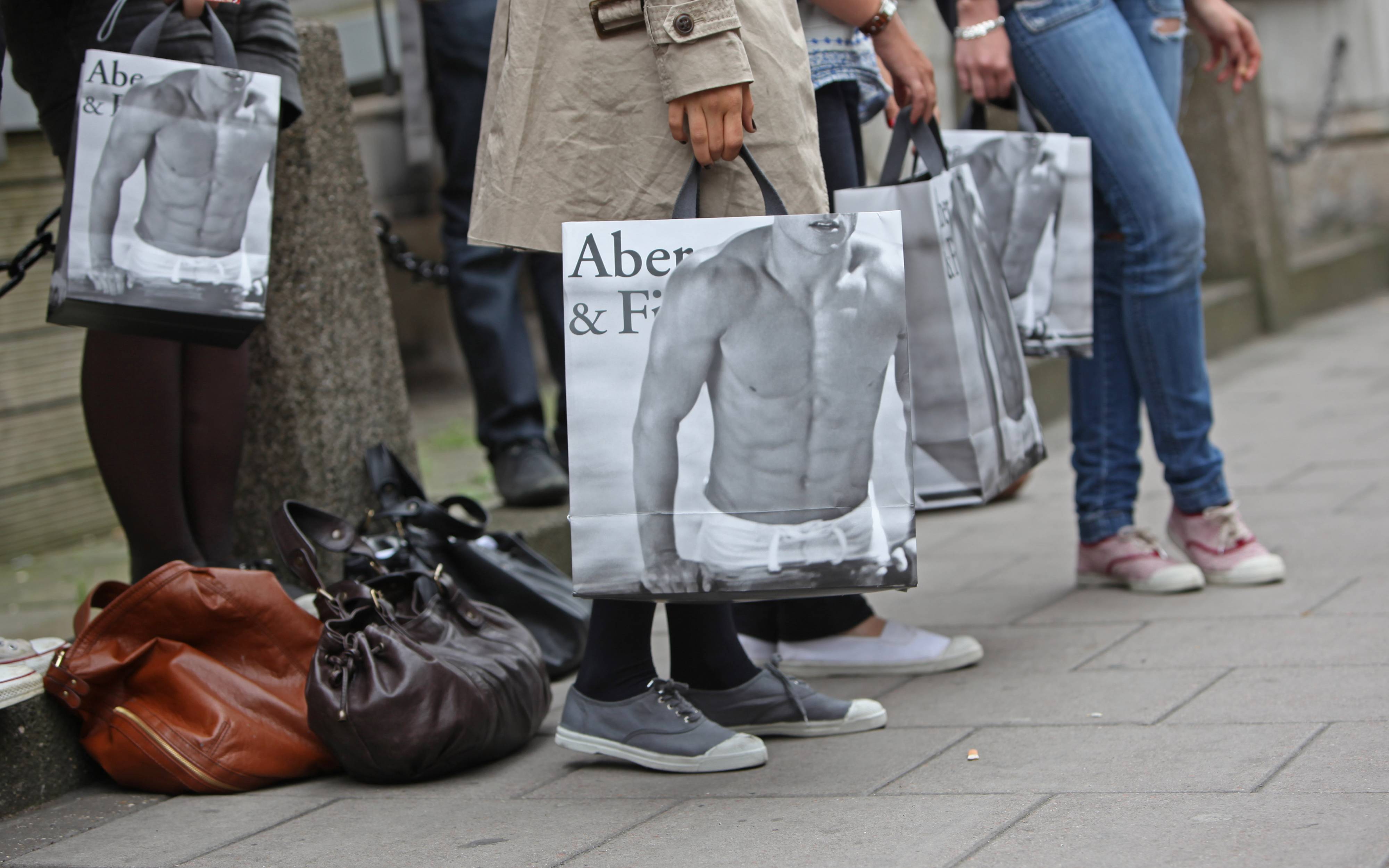 The retailer’s controversial past is the subject of a new Netflix documentary.

In grade school, my sense of style was entirely based on my desire to fit in. Back then, that meant wearing Ugg boots, skinny jeans and a t-shirt emblazoned with the name of a tween-approved brand. And if I was lucky, that brand would be Abercrombie & Fitch.

Entering an Abercrombie & Fitch store in 2010 was an attack on all your senses. First, you had to go past the half-naked models that sometimes guarded its doors. Inside, the dimmed lights made it hard to see, the music was loud and disorienting, and the perfume permeating the store was so potent you could almost taste it.

On special occasions like my birthday, I would pick out a few variations of Abercrombie tops for my adolescent wardrobe. As a sheepish tween shopping there with my mom, I felt out of place. But when walking through the mall, the store’s recognizable shopping bag — adorned by pictures of shirtless male models — felt like currency in my hands.

Known for its preppy aesthetic, it was no secret that Abercrombie & Fitch prioritized a certain demographic: the “cool” kids. This extended to its teen sales associates, who had to adhere to a physical appearance rulebook dubbed the “Look Policy.”

In 2013, a 2006 interview from then CEO Mike Jeffries resurfaced. In it, he said Abercrombie hired employees they deemed attractive because they only wanted “good-looking people” to shop at their stores.

“In every school, there are the cool and popular kids, and then there are the not-so-cool kids. Candidly, we go after the cool kids,” he continued. “We go after the attractive all-American kid with a great attitude and a lot of friends.” In other words, people who were young, thin and white.

“A lot of people don’t belong [in our clothes], and they can’t belong. Are we exclusionary? Absolutely,” he went on. That same year, Business Insider reported that Abercrombie & Fitch’s size range for women didn’t go beyond a large.

Throughout the 2000s and 2010s, Abercrombie faced multiple lawsuits around discrimination and labour violations. These controversies, plus a lost interest in its unimaginative supersized logos, led to the brand’s downfall. In 2014, Jeffries retired, and shortly thereafter, a re-brand began.

Nearly a decade later, Abercrombie & Fitch has completely reinvented itself. But on April 19, Netflix is releasing a documentary that will explore its infamous legacy as a cultural phenomenon. White Hot: The Rise & Fall of Abercrombie & Fitch will dive into the company’s culture during Jeffries’s tenure, including the brand’s racist looks-based hiring and firing policies.

After the trailer’s release on March 31, Abercrombie posted a statement on Instagram. “We want to be clear that [these] are actions, behaviours and decisions that would not be permitted or tolerated at the company now,” it read.

Scrolling through the brand’s e-commerce site in 2022 is a decidedly more inviting experience than the dimly lit stores of yore. On its homepage, a banner reads, “This is Abercrombie Today.” It leads to a page outlining the company’s social justice initiatives, with a quote from current CEO Fran Horowitz that says, “Abercrombie isn’t a brand where you need to fit in — it’s one where everyone truly belongs.”

Now marketed to young adults, Abercrombie traded in preppy attire for elevated casualwear. Clothes are shown on diverse models and are notably free of logos. The brand has nearly five million followers on Instagram, and on TikTok, videos with #AbercrombieHaul have over 56 million views. Abercrombie’s social revival has been somewhat of a success. But its rebrand doesn’t erase its legacy of racism and fatphobia.

Looking back, I can see how glorifying Abercrombie & Fitch stunted my relationship with style. My motives to blend in through my clothes continued on through high school, even after I stopped buying from the brand. Abercrombie taught me that fashion was about assimilation. Now, I know it’s actually the exact opposite. I just wish I could go back and tell my younger self that.

7 Simple Beginner Yoga Poses || Positive Talks || #Yoga #Fitness #lifestyle #healthy #
Lipgloss Nails Were Made for Minimalists
How to Manifest What You Want: A Guide for Skeptical Beginners
What I Eat In a Day Winter Edition | EASY & Healthy Meals
Louis Vuitton’s New Watch Is Out of This World + More Fashion News