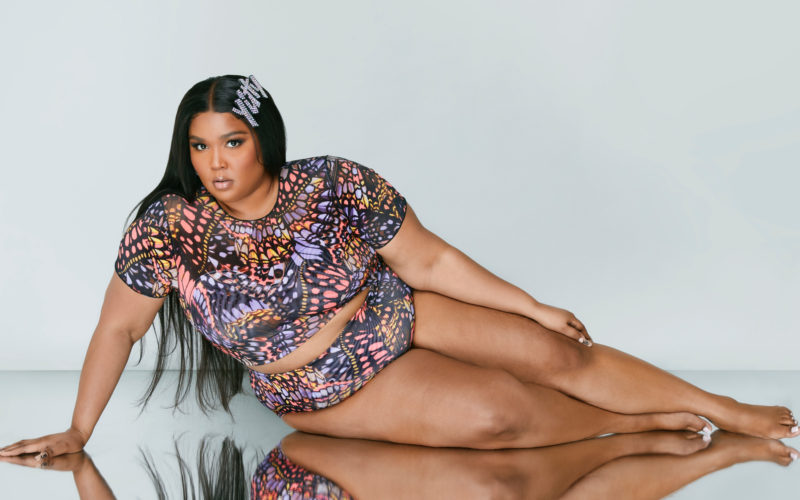 Lizzo’s new size-inclusive shapewear line is designed to “celebrate” all bodies. But some argue the garment is outdated.

Is shapewear fatphobic? The answer to that question has gotten more complicated over the last few years, especially as Kim Kardashian West’s size-inclusive brand Skims squeezed Spanx out in the category. Now, with Lizzo’s new line of curve-hugging underwear, the contentious garment’s reputation is getting another makeover.

The Grammy-winning singer has teamed up with athletic apparel company Fabletics to create her own inclusive shapewear label called Yitty. Dropping on April 12, the collection’s sizes range from XS-6X, and the brand will offer underwear and outerwear pieces designed to “celebrate, hug, and love every single body.”

There’s no denying that Lizzo is a champion of self-love. From her music to her recent Amazon Prime show Watch Out For The Big Grrrls, the singer is all about body acceptance. But some would argue shapewear is at odds with that ethos.

It’s hard to separate the compressive garment from its legacy of fat-shaming and sexism. Shapewear is one of the oldest types of clothing, and for centuries, it was meant to squeeze the body to make it smaller by any means necessary.

In the early 2000s, Spanx dominated the shapewear space. With ads that promoted smoothing, sculpting and slimming down womens’ figures, the brand was all about attaining thinness.

“The Spanx aesthetic so penetrated the culture that as a young girl in a larger body, it felt more like a requirement than a choice that I squeeze myself into a pair anytime a garment clung to my body,” wrote Emily McCombs for Huffington Post.

Twenty years later, and fashion’s body positivity push means shapewear brands have to adopt new messaging that focuses on inclusivity, comfort and empowerment. In 2019, when Kim Kardashian West launched Skims, she arguably revolutionized the space by marketing shapewear as sexy and offering a wide range of sizes (XS-4X). The brand has also included many different body types in its campaigns.

Lizzo’s Yitty is taking a similar approach. Instead of the constricting feeling that traditional shapewear is known for, her pieces comfortably hug the body, she says. Spanx, too, has evolved over the years, moving away from the “slimming” narrative.

However, shapewear in and of itself can seem like an outdated concept, one that still implies that our bodies need to be “fixed” in some way. Because of this association, body positivity activists who wear or promote shapewear are often swiftly called out and accused of being hypocritical.

But many women, like Lizzo, have been wearing body-shaping garments from a young age due to societal pressures. In a press release, the singer said she first wore shapewear in the fifth or sixth grade and found the compressive garments uncomfortable and restrictive.

“I felt that I was constantly being told through TV and magazines that my body wasn’t good enough. And, in order to be considered ‘acceptable’ I had to inflict some sort of pain upon it to fit into an archetype of beauty,” she said.

Yitty was created to reject this body-shaming mentality. Made in bold colours and prints, it takes aim at the traditional secrecy of shapewear and is “designed to be shown off.” As such, the first drop will include three types of products varying in compression level and wearability: an everyday “lightweight seamless” collection to firm curves; mesh garments to be worn as underwear or outerwear; and lifestyle pieces like leggings and sweatshirts.

Lizzo said that Yitty doesn’t focus on replicating the same small silhouette but embraces different body types and sizes. “Instead of thinking about size in this linear way, we’re thinking about it on a spectrum where everyone is included,” she said. “Everyone’s size is just their size.”

The notion of presenting yourself how you want, and only wearing something if you choose to — whether it’s shapewear, makeup or any other beautifying product — coincides with a larger cultural movement of radical acceptance.

Data from Grandview Research estimates that the global shapewear market will be valued at $3.9 billion by 2028. Despite controversial opinions concerning the garment, it’s not going anywhere. But with body inclusive advocates like Lizzo in the game, the future of shapewear looks a little less constricting.

Unlike the guilt-inducing messaging that dominated the early 2000s, brands like Yitty are prioritizing bodily autonomy and personal expression. Wear it because you want to, not because you feel you have to. With that freedom of choice, shapewear is what you make it.