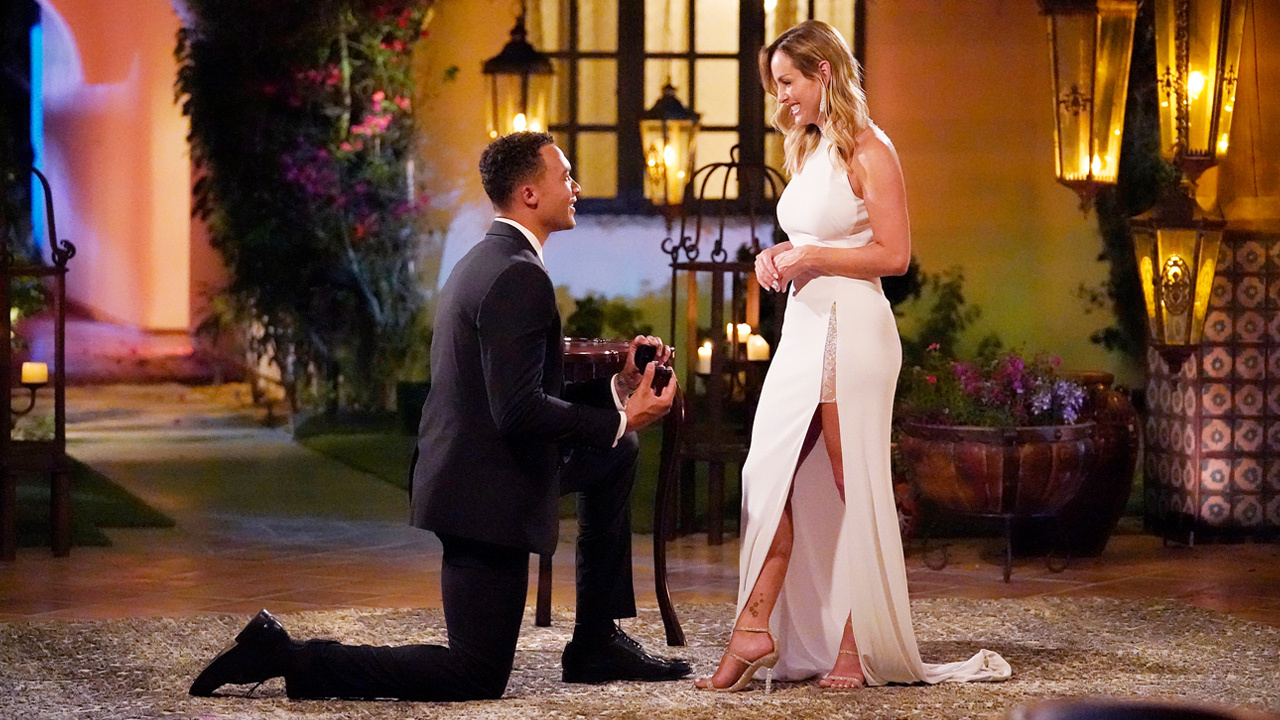 On November 7, it was announced that Joe Biden—the Democratic nominee—will be the next President of the United States. After a long election campaign and an even longer election week (seriously, it felt like it would *never* end), Americans and Canadians could finally, with this announcement, turn off the episodes of Schitt’s Creek they’d been obsessively binge-watching, put down their meditation apps and breathe a sigh of relief. Because finally, the 2020 election cycle is over. (Or at least the actual election is over; it remains to be seen how the transition of power from current President Donald Trump to President-elect Biden will go, but one can only assume it’ll be stressful as hell for everyone.)

But with the biggest, most stressful question answered, we’re left wondering: What do we obsessively stress out about now? There are, of course, still many serious global issues to be concerned about—take for instance, the ongoing COVID-19 pandemic, inequality, racism, not to mention what’s actually to come for the United States with this new presidency. But for many, the 2020 election cycle occupied a large chunk of our thoughts for a large period of time—and we’re kind of ready to fill that with some way less important drama  Luckily, there’s no shortage trending topics in pop culture that we can turn our attention to.

Read on to find out all the other topics we can dissect at the dinner table, from the current season of The Bachelorette to why Country Strong is a seminal film that 10 years later is still overlooked.

Who will Tayshia will pick on The Bachelorette? (Related: How long will Clare and Dale’s relationship last?)

Looking for something to occupy a large chunk of your brain space, keep you up at night *and* cause you to perpetually feel like you want to scream into the void? Look no further than The Bachelor franchise. The hit reality TV series is stressful at the best of times, and the latest season of The Bachelorette—which started out with Bachelor alum Clare Crawley as the lead, before she ducked out 12 days into her “journey” and was replaced with Tayshia Adams—is bonkers stressful. First of all, the logistics of how they managed to replace Crawley—with Adams having to quarantine for two weeks before coming on to the show—are murky at best. If the show had *no* idea Crawley was going to fall in love within a fortnight and want to leave the show, why would they have had Adams on standby quarantining for the exact same amount of time? Sketchy.

Not to mention the fact that now—almost a month since the show’s premiere—Adams has less than the already tight timeline of two months to meet her future husband, fall in love and get engaged! That is a crunch that I would rather not be a part of.

And finally, what about the fact that Crawley and her final contestant Dale Moss got engaged after knowing each other IRL for *literally* less than two weeks, with Crawley telling host Chris Harrison that she already felt a connection to her future husband before the show, via his Instagram profile? That is absolute madness! No one’s Instagram profile is *that* good except Michael B. Jordan’s, and that is a fact!! While I’m ultimately rooting for Crawley and Moss, predicting whether or not their relationship will last as long as the season airs is seriously stress-inducing.

Missed the latest Telfar bag drop? You’re 100% not alone and you’ll probably miss the next drop as well. These hip AF bags—designed by Telafar Clemens—sell out in mere minutes anytime they hit the interwebs, thanks in part to celeb support, with the bag spotted on the arms of stars like Solange Knowles, Bella Hadid and Selena Gomez. Because of this, as well as its accessible price point for a luxury bag, despite people waiting with bated breath to snap one up, doing so is *almost* impossible. You’d honestly have an easier time snagging something from an Adidas x Ivy Park drop.

In early November, Oprah co-signed the popularity of the bag, adding it to her 2020 Oprah’s Favorite Things holiday list on Amazon. The bag has already sold out on the online retailer. Telfar has yet to announce it’s next drop of bags, but you can be sure we’ll be keeping our eyes peeled for it.

Because we need good music to get us through this trying period of time (the aforementioned pandemic, global warming and the like), the fact that Drake has delayed his upcoming album, Certified Lover Boy, until January 2021 is *alarming* to say the least.

After being told we’d be getting a new album—as well as the accompanying heart-shaped merchandise—sometime in the summer, when that passed we were sure we’d be receiving the tunes on Drizzy’s October 24 birthday; because if there’s one thing to know about the rapper it’s that he is obsessed with his birthday. Everyday leading up to the rapper’s big day, I awoke anxiously, wondering if Drake had released the album overnight. And everyday I was once again disappointed. But alas, his birthday came, and with it, the official announcement that the album would be released in January 2020. But with the global COVID-19 pandemic ongoing, does this mean the latest January release date will also be pushed back à la Timothée Chalamet’s Dune? I will not survive!

Honestly, like anything actor Gwyneth Paltrow does, the 2020 holiday gift guide from her lifestyle brand Goop is just straight up hectic. A $38,000 bed? It’s enough to give anyone hives thinking about it; because we have so many questions, like: Who can afford an almost $40,000 bed? Do I have anyone in my life I even like enough to consider gifting them a bed this expensive? (The answer is no). And does a bed this expensive appreciate in value like a Rolex watch or Birkin handbag? (Answer: It freakin’ better.)

Whether or not Taylor Swift and Joe Alwyn are actually married

Another piece of pop culture gossip to keep you awake at night? The relationship status of country music star Taylor Swift and her longtime beau, British actor Joe Alwyn. The couple, who have been together since 2016,  have had rumours swirling around their marital status for months, with fans speculating that lyrics on Swift’s albums Lover and Folklore are evidence that the pair have tied the knot. In Lover‘s song of the same name, Swift sings about wedding traditions, crooning: “I take this magnetic force of a man to be my lover/my heart’s been borrowed and yours has been blue,” with the past tense causing fans to speculate that they’re secretly hitched.

And I’m sorry, but I *need* to know their official relationship status. This is critical info.

Whatever the heck happened with Hillsong pastor Carl Lentz?

On November 4, Hillsong Church—the über hip celeb church attended by Hailey and Justin Bieber and Selena Gomez—announced that pastor Carl Lentz was being let go. In a statement on the church’s website, founder and Global Pastor Brian Houston revealed that Lentz had been fired after discussions around “leadership issues and breaches of trust, plus a recent revelation of moral failures.” It’s a vague as hell statement, which obviously means it’s 100% peaking my interest. Because, what does “moral failures” even mean? (Definitely infidelity.) Luckily, we didn’t have to wait long to find out. On November 5, Lentz took to his Instagram account to confirm he cheated on his wife.

“I was unfaithful in my marriage, the most important relationship in my life and held accountable for that,” Lentz wrote alongside a photo of his family. “This failure is on me, and me alone and I take full responsibility for my actions.”

Our time at HillsongNYC has come to an end. This is a hard ending to what has been the most amazing, impacting and special chapter of our lives. Leading this church has been an honor in every sense of the word and it is impossible to articulate how much we have loved and will always love the amazing people in this church. When you accept the calling of being a pastor, you must live in such a way that it honors the mandate. That it honors the church, and that it honors God. When that does not happen, a change needs to be made and has been made in this case to ensure that standard is upheld. Laura and I and our amazing children have given all that we have to serve and build this church and over the years I did not do an adequate job of protecting my own spirit, refilling my own soul and reaching out for the readily available help that is available. When you lead out of an empty place, you make choices that have real and painful consequences. I was unfaithful in my marriage, the most important relationship in my life and held accountable for that. This failure is on me, and me alone and I take full responsibility for my actions. I now begin a journey of rebuilding trust with my wife, Laura and my children and taking real time to work on and heal my own life and seek out the help that I need. I am deeply sorry for breaking the trust of many people who we have loved serving and understand that this news can be very hard and confusing for people to hear and process. I would have liked to say this with my voice, to you, in person because you are owed that. But that opportunity I will not have. So to those people, I pray you can forgive me and that over time I can live a life where trust is earned again. To our pastors Brian and Bobbie, thank you for allowing us to lead, allowing us to thrive and giving us room to have a voice that you have never stifled or tried to silence. Thank you for your grace and kindness especially in this season, as you have done so much to protect and love us through this. We, the Lentz family, don’t know what this next chapter will look like, but we will walk into it together very hopeful and grateful for the grace of God..

Since Lentz’s post, rumours have swirled online regarding his infidelity, primarily whether he’d been unfaithful with multiple women and whether or not the church knew about his infidelity for a long period of time before taking action. So, what happens next? Will Lentz make a comeback as the founder of a rival celeb church, similar to the Hype House and Sway House beef on TikTok? Will Lentz’s wife choose to stay with him? What do Justin and Hailey think of all of this?!

Why Country Strong isn’t as appreciated as it should be

For every time I drag Gwyneth Paltrow I must also praise for her for the seminal 2010 film Country Strong. A film about semi-washed up country music star Kelly Canter (played by Paltrow) trying to make a comeback after personal tragedy, it includes the trifecta of great filmmaking: people unironically wearing cowboy hats, singing and Garrett Hedlund. Plus, Leighton Meester and Hedlund play lovers who sing to each other. Despite all of this, the film remains overlooked by critics, relegated to being a shame-watch on Friday night in quarantine. Which is honestly uncalled for and straight up wrong! When will this film see justice and potentially a belated Oscar nomination?!

So, fear not friends. Thanks to the world of pop culture, there’s still a *ton* of things to keep you up at night. Just take your pick…or maybe re-download that meditation app.