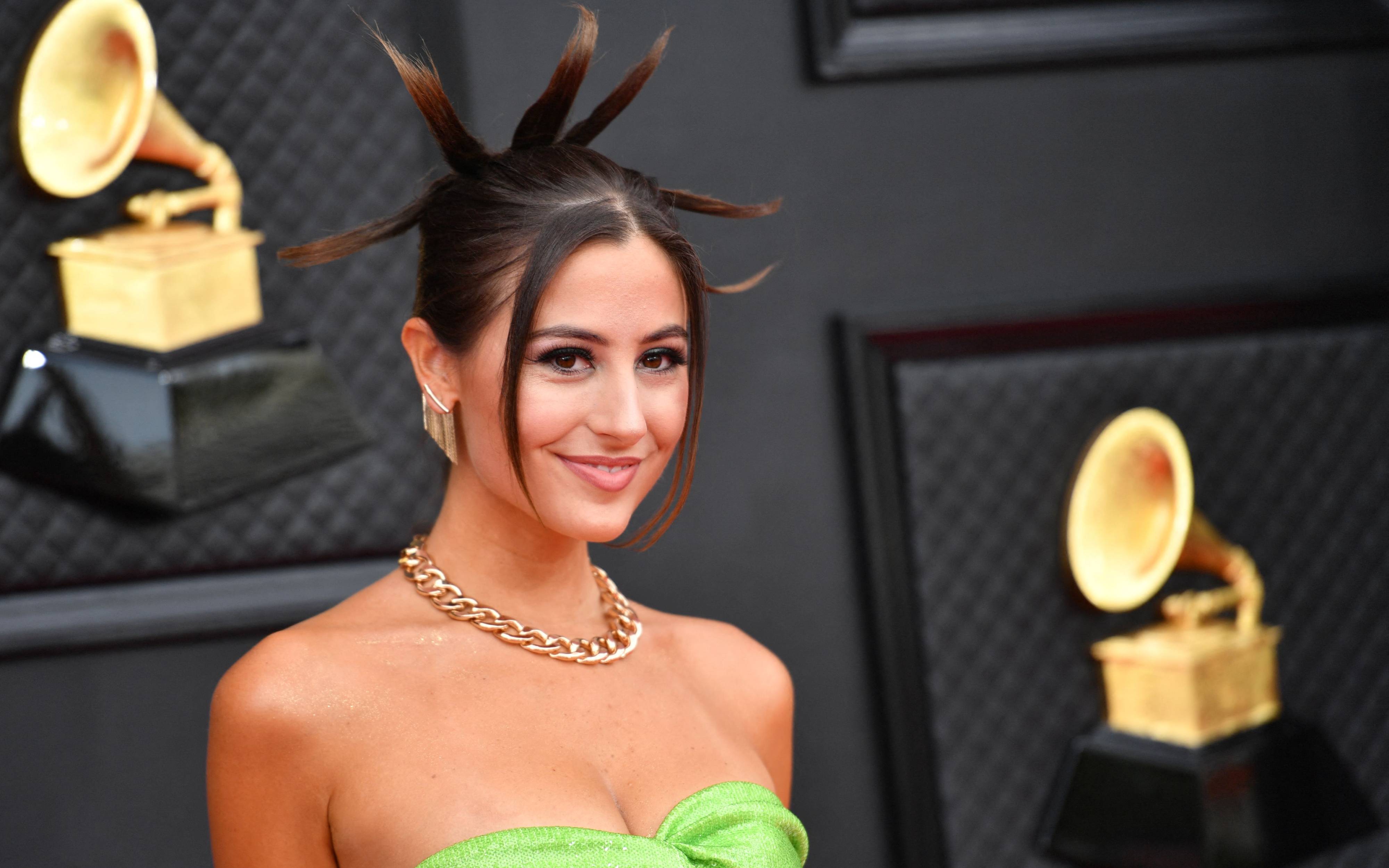 We bet Brandy is proud.

It would seem that celebrities have taken a page out of the ’90s style book as the spiky updo made its triumphant return at the Grammy Awards this past Sunday.

A look that can only be described as business in the front and party in the back (move over, mullet!), it involves slicking back one’s strands into a neat bun, with some loose pieces of hair framing the face and the ends left to fan out in spikes.

The hairstyle was seen on Doja Cat, Tia Tia and Billie Eilish. But it was most memorably worn by Mandy Moore, Brandy, Hilary Duff and Raven-Symoné in the nineties and noughties when maximalist hair was all the rage. It was an era of butterfly clips, zig-zag parts and frosted tips, and the fanned-out bun embodied this “more is more” mentality.

While it’s taken on more minimalist form in recent years, as seen on celebs like Bella Hadid, the style was there in all its original glory on the Grammys red carpet.

Doja Cat, who won a Grammy for her viral song “Kiss Me More,” took a cue from fashion’s Y2K renaissance with a mint blue Versace gown, iridescent glam and thin brows. Her platinum hair was tied into a half-up look with strands poking out of her Bantu knots.

Tia Tia’s take was more, shall we say, avant-garde. She wore a sleek bun with five long, gelled strands sticking up at the crown of her head, and paired the look with a cut-out green gown, making for an elevated early 2000s Lizzie McGuire moment.

Billie Eilish, who is known for changing the colour of her locks, opted for an emo-style hairdo to match her all-black Rick Owens ensemble. The Happier Than Ever singer, who was nominated in seven categories, wore her jet-black hair in a messy half-updo with small strands poking up at the back of her head.

The spiky updo is a fun, experimental and purposely imperfect look that carries with it sentimentality for decades past. Clearly, the ’90s and early 2000s continues to provide countless fashion and beauty inspiration, with the 2022 Academy Awards also giving us some major throwback fashion moments. And honestly? We’re not mad about it.

health yoga tips #yoga #yoga_tips
The Creators of the Theragun Just Released 8 New Wellness Tools — and They All Hit the Spot
I Tried It: Huawei’s Latest Stylish Smartwatch
Why Are We So Obsessed with Disney Princesses?
5 Min. Morning Stretch | Full Body Flexibility Routine for Beginner