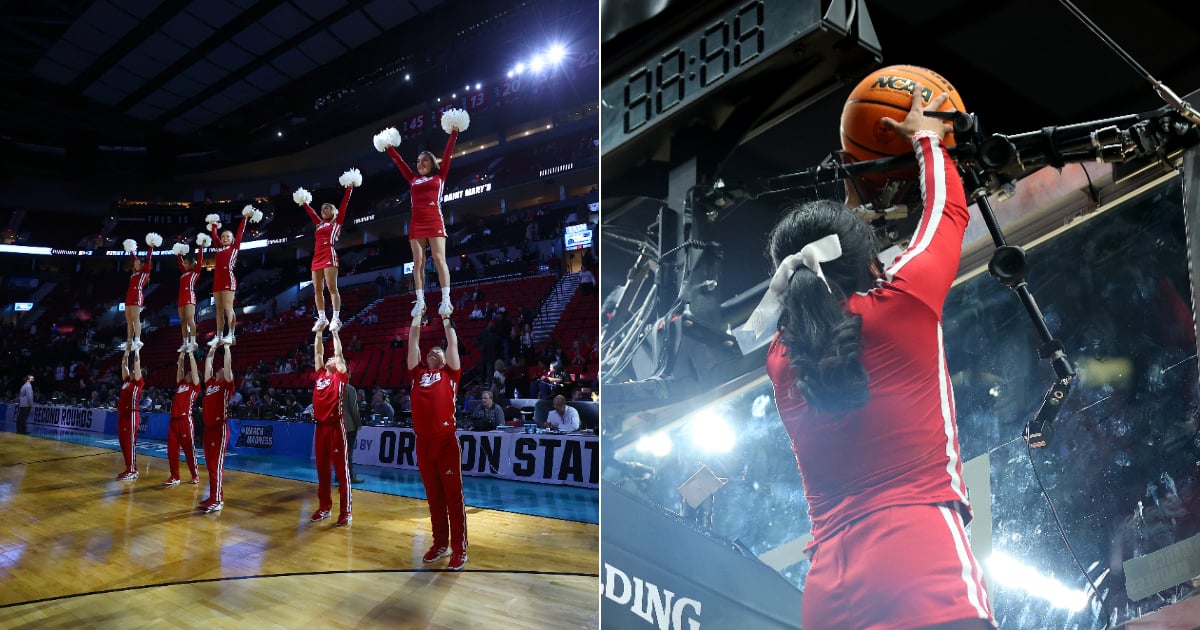 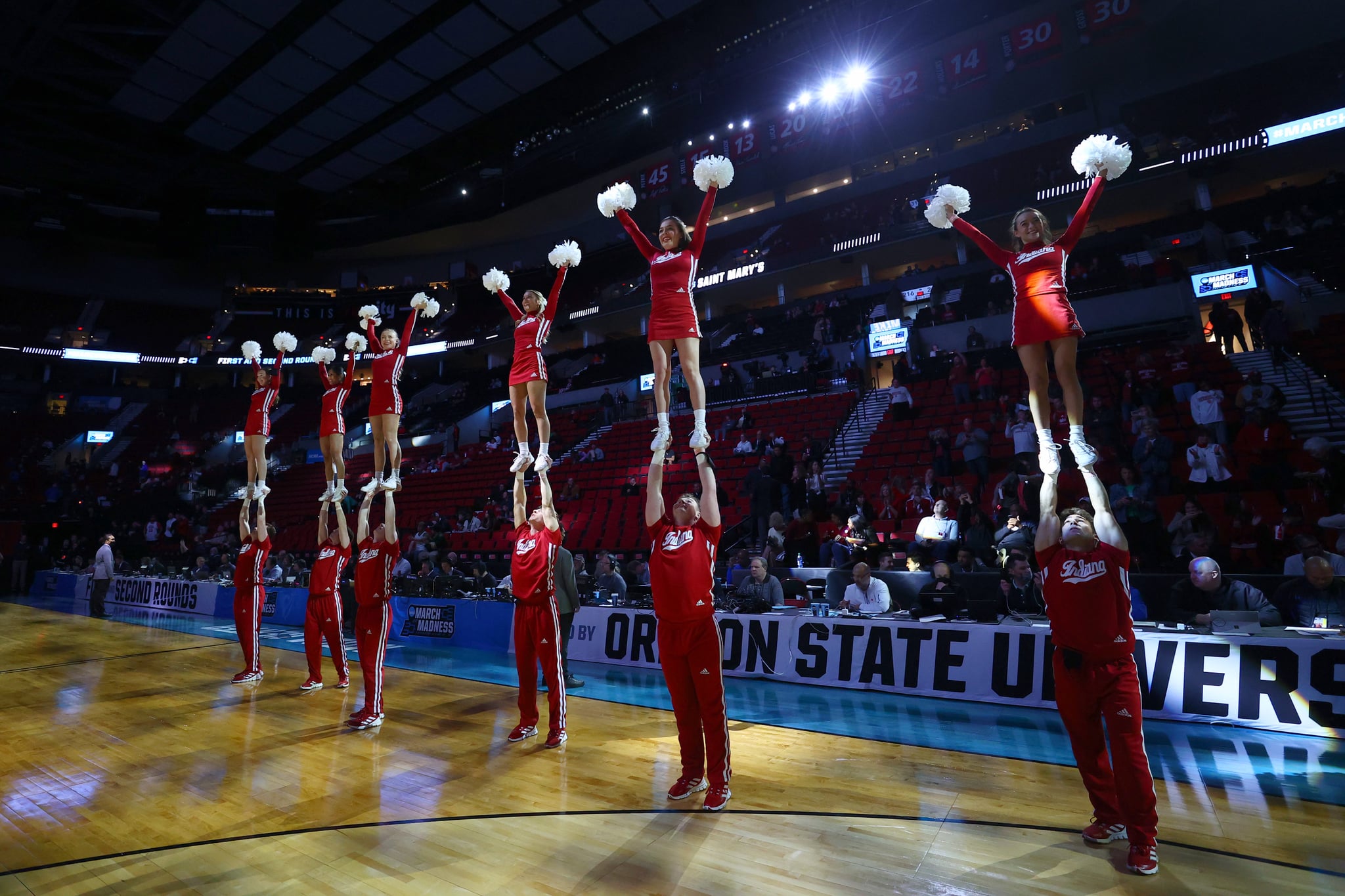 If you’ve ever watched the NBC sci-fi series “Heroes,” then you’re probably familiar with the oft-repeated mantra “save the cheerleader, save the world.” But at Thursday night’s NCAA Tournament game between Indiana and Saint Mary’s, two cheerleaders were the ones who saved the world — well, at least the game — after they used a stunt to retrieve a basketball stuck above the backboard, creating what was arguably the best moment of the night.

Just a few minutes into the second half, an Indiana player took a shot, and the ball got stuck between the backboard and the shot clock, about 13 feet up. This set off an entertaining series of attempts by refs and players to retrieve the ball: first with the handle of a mop (nowhere close to tall enough to reach the ball), then by standing on a folding chair (still several feet shy). The crowd quickly became invested in the ball retrieval, cheering on the efforts of the people on the court while CBS Sports play-by-play announcer Andrew Catalon added commentary as if it were all part of the game itself.

Eventually, Catalon began to say, “Why don’t the cheerleaders, they’re used to going up high” — just as Hoosiers cheerleaders Nathan Paris and Cassidy Cerny executed a partner stunt to go retrieve the ball. With Cerny standing on his hands, Paris walked over to behind the hoop and pressed Cerny overhead, where she easily grabbed the ball and tossed it down to the court. The stadium erupted into applause, and Catalon reacted about as enthusiastically as if it were a buzzer three-pointer. “Oh, what a play!” Catalon said. “The cheerleader saves the day, and that’s her one shining moment. This place is at its feet. The cheerleader is the hero in Portland.”

And they made it look like NBD. “It was too high to get for the grounds crew and they didn’t want anybody on the steps, so I grabbed Cass and we’re like, ‘alright push up and we’ll see if it works,'” Paris told Sports Illustrated. “It was just another stunt.” Cerny chimed in, agreeing, “It was pretty easy.”

After the game, Cerny posted a photo of the moment on her Instagram with, honestly, the perfect caption: “dont worry guys i got it.”

Their moment of fame continued into Friday, when Cerny and Paris appeared on the “Today” show. “As cheerleaders, we’re always looking for a reaction from the crowd, so for us to be doing something that gets that kind of reaction is kind of a once-in-a-lifetime thing,” Paris said on the show.

Unfortunately, that crowd support didn’t help Indiana in the game itself; they lost to Saint Mary’s 82-53. As for the IU cheerleading team? They’ll live on as the first viral heroes of this year’s March Madness.