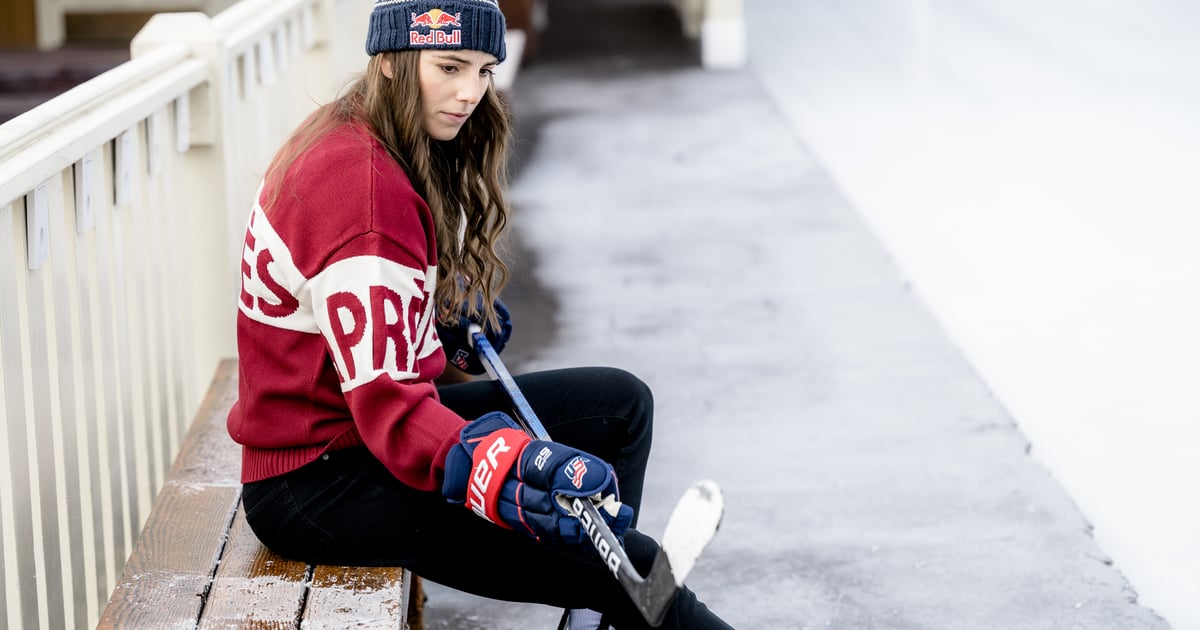 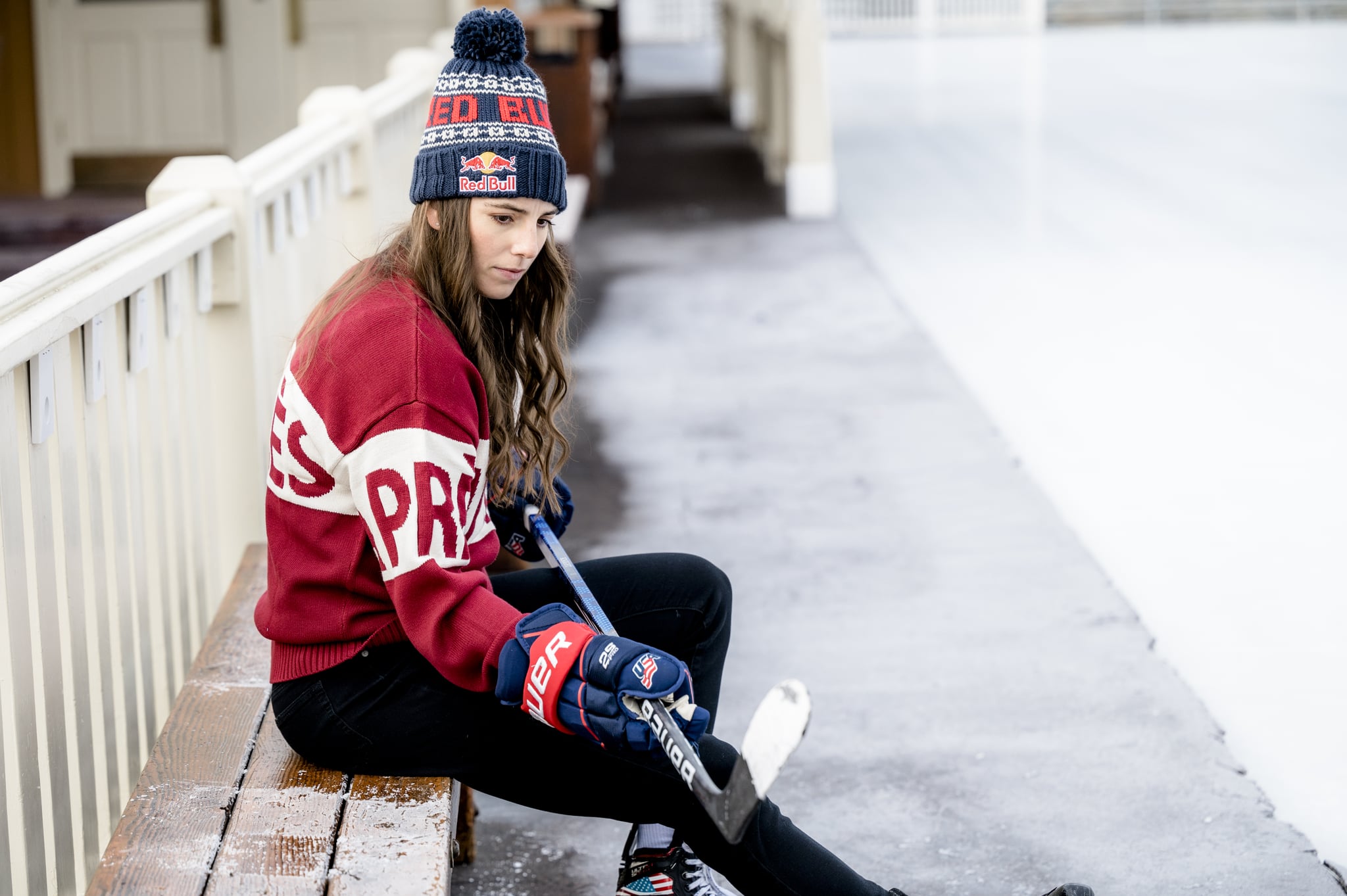 At what point did we stop celebrating any accolade besides a gold medal? That’s a question Hilary Knight has asked herself since she and US women’s hockey earned silver at the Beijing Winter Olympics last month. “I think that’s the hard part. The expectation is always to win a gold medal, and anything short, especially for our team, is sort of inadequate in a way,” Knight, Red Bull athlete and four-time Olympian, tells POPSUGAR on a post-Beijing 2022 call. “But when you remove those expectations, being an Olympian is incredible in itself.”

The gold-medal match was an intense face-off between Team USA and Team Canada, whose rivalry spans the history of women’s Olympic hockey and beyond. Team Canada ultimately came out victorious, with three goals to Team USA’s two. But Knight’s second-period point put the Americans on the scoreboard after a Canada-dominated first period, and Amanda Kessel’s power-play goal with less than 13 seconds on the clock showed their resilience to the very end. “The way that we battled within that game, being down by so many goals and never quitting, I’m so extremely proud of our group, that I think it needs to be celebrated,” Knight says.

“At the end of the day, we need to continue to elevate the sport, and we were in the Olympic Games and should be honored as such by bringing home any color medal.”

After the team won gold at Pyeongchang 2018 against Canada, Knight says they were celebrated as “America’s sweethearts” with interviews and exposure that really elevated the sport. She thinks “it’s such a big miss” to not have a post-Olympics media tour this time around “because, yes, we did come home with a medal,” she says. “Internally, is it the one we wanted? Absolutely not. Is it heartbreaking? A hundred percent. But at the end of the day, we need to continue to elevate the sport, and we were in the Olympic Games and should be honored as such by bringing home any color medal.”

Knight says it wasn’t her team’s best match, though she believes if they had 20 seconds left on the clock they could have maybe tied it up. “I think that’s why we keep signing up,” she adds. “You never know what’s going to happen. But the resolve and the resiliency of that group in the room is something that I will definitely take away and something that I personally emphasize as us being extremely proud of because that’s just character right there.”

The Future of Professional Women’s Hockey in North America

Many of these women, too, have fought off the ice for a livable wage to play the sport they love professionally. In 2019, after the Canadian Women’s Hockey League (CWHL) folded due to lack of funding, former CWHL players like Knight came together to create the Professional Women’s Hockey Players Association (PWHPA). Their mission statement says, in part, that they want to “promote, advance, and support a single, viable professional women’s ice hockey league in North America that showcases the greatest product of women’s professional ice hockey in the world.”

A women’s league does exist in North America. The Premier Hockey Federation (PHF), which began in 2015 as the National Women’s Hockey League (NWHL) and underwent a rebranding last year, will more than double each teams’ salary cap to $750,000 for the 2022-23 season (that’s roughly $37,500 for a 20-player roster, as NBC Sports points out, a substantial increase from the highest-announced player salary of $15,000 last season). For comparison, the lowest salary any individual player in the men’s National Hockey League (NHL) can make this season is $750,000, according to NBC Sports. Each team has a total cap of $81.5 million.

The PHF will also expand from six to eight teams and offer healthcare benefits such as insurance and paid maternity leave. Knight, however, doesn’t believe the PHF’s mission or goals align with that of the PWHPA, and she still says there’s more to be done. “They’re their own organization, and there’s a reason why we felt a need to start the PWHPA,” she explains.

“I was in the CWHL before it folded. I played in the NWHL before it became the PHF, and I just don’t think we’ve ever really curated a truly professional experience, and part of that is the livable wage. The other part is health benefits. The other is level of competition and programming, the shared services, the broadcasting,” Knight says. “. . . I think as long as people are having to work two jobs, we’re not going to get to where we should be from the professional landscape standpoint.”

The PHF could increase teams’ salary cap thanks to a commitment from its board of governors to invest more than $25 million over the course of three years. Knight emphasizes the word “commitment.” She explains: “I think it takes a significant amount of buy-in and capital and business planning to be able to make sure that this thing is sustainable, because it’s great to have a commitment, but what does that look like long term?”

There’s prize money for different Dream Gap Tour stops within the PWHPA, but Knight largely credits sponsorship deals for what she currently makes. She noted that while it’s true she may have scored deals because of her on-ice performance, she’s also built a brand for herself along the way. “I’m lucky, right?” Knight says. “And what I would want for all my other teammates who maybe aren’t as fortunate, or the next generation, is to not have to go through what I needed to go through to be able to have the support [to] compete at this level and sustain competition at this level for as long as I have.”

Being a thought leader, going to speaking engagements, and working with sponsors is wonderful, Knight says; however, her performance sometimes suffers so she can sustain that income — “and that’s not something that I’d ever want anyone else to do,” she says. Ideally, players would dedicate all of their time to hockey (that’s the whole idea behind professional sports: paying athletes gives them the security to be able to invest in their quality of play). “I mean, that’s a dream, to be able to wake up and work with the best, and to be able to just show up and play,” she says.

When asked if she thinks the PWHPA will have that pro league in the near future, Knight says she believes they’re close. Since our interview, two insiders told The Associated Press there have been talks between NHL teams, major sponsors, and the PWHPA to form a league within the next year. There isn’t yet info about the length of seasons and how the league would run, but former player and PWHPA consultant Jayna Hefford followed up with The Associated Press and said they’re closer than they’ve ever been.

On March 17, Sportsnet reported that the NHL has actually asked the PWHPA and PHF for a conjoined meeting that could “bring the two sides together.” The Athletic confirmed the meeting will take place next week as the hockey world anxiously awaits more news.