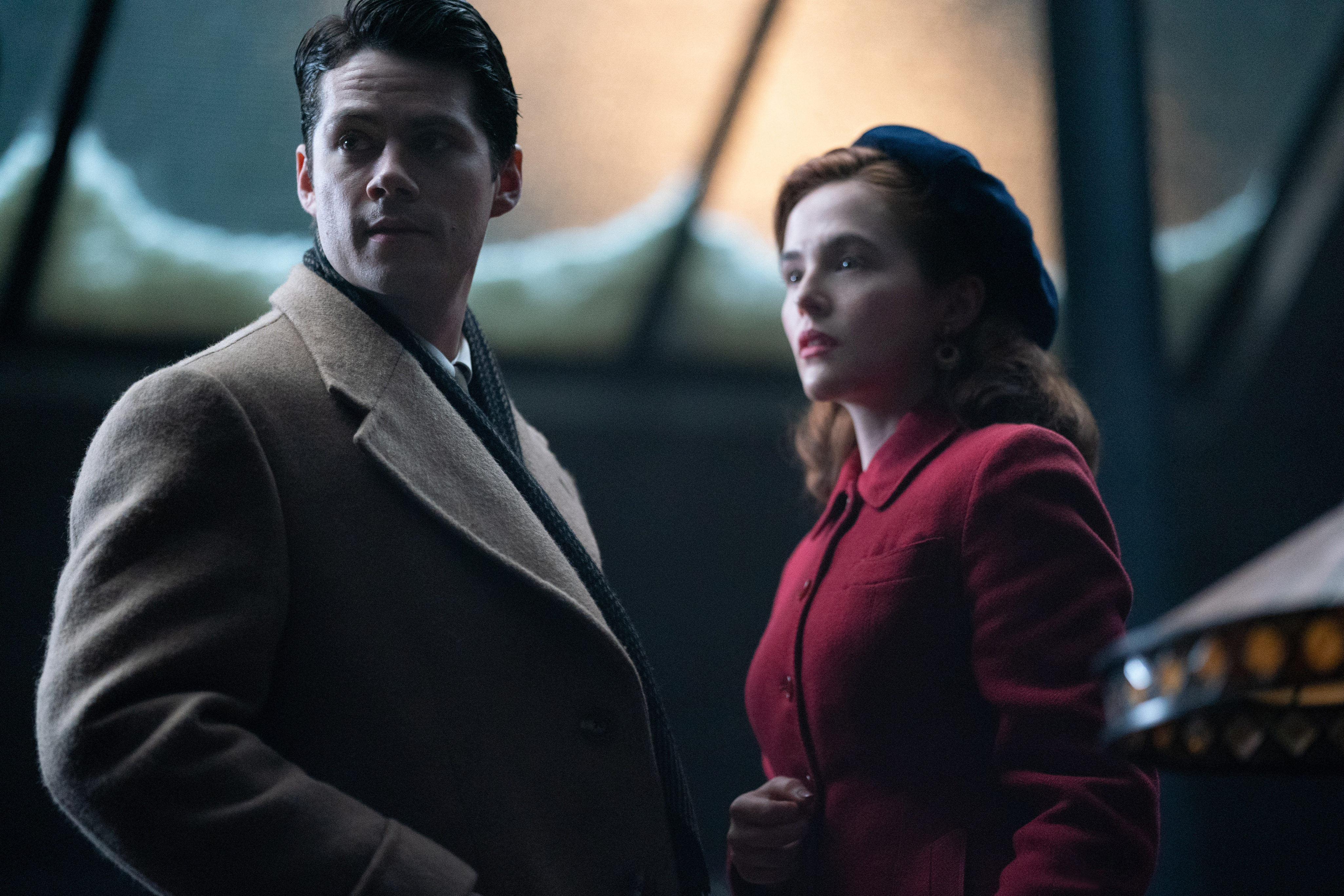 The iconic fashion designer reveals his inspiration behind the costumes for the film and why suits are all over the Fall 2022 runways.

Zac Posen is no stranger to suits. In fact, he’s worn many over his lifetime — black ones, blue ones, skinny ones and extravagant ones. But he’s also worn a lot of hats (see what I did there?): a celeb-favourite fashion designer, bridal designer, a former judge on Project Runway, former creative director of Brooks Brothers, designer of Delta Air Lines’ new uniforms, cookbook author and the subject of the documentary House of Z. So it’s fitting that his latest endeavour as the costume designer of The Outfit fuses both his passion for suiting and his diverse background.

The film, starring Mark Rylance, Zoey Deutch, Dylan O’Brien and Johnny Flynn, takes place in the fifties in Chicago and follows British tailor Leonard (Rylance) as he tries to outsmart a group of mobsters in order to survive an intense night in his shop. Directed by Graham Moore (writer of The Imitation Game), The Outfit is very Hitchcockian, featuring an intricate game of cat and mouse but with the violence and blood of a tame Tarantino adventure.

“I first read the script over two years ago, and I just kind of fell in love with it,” shares Posen over the phone. “There are moments when you forget that it’s a period film because you can relate to the characters as humans in a very suspenseful situation. Then the last 20 minutes are just crazy.”

The Outfit is an entirely immersive experience that paints a vivid picture of both the time and the city, and Posen’s intricate pieces are the proverbial cherry on top. It was important to the designer that the costumes didn’t look like costumes but rather added “dimension, texture and style to the production” and “were there to support the story and the performances.” To achieve this, Posen took great pains to work with “the best of the best” of London’s Savile Row (where Rylance’s character originally trained) to get the level of detail needed to make the apparel appear authentic.

“I knew that we needed a tailoring partner to get the suits right,” shares Posen. “Once the film got cast, I connected with Huntsman Savile Row because they take suits to the highest level. They’ve been around for over 170 years and have dressed everyone from royals and nobility to A-list Hollywood stars.”

But then the pandemic hit, and Posen found himself unable to be on set. With such a tight pre- and post-production schedule, he asked costume designer Sophia Neil to share the role with him and to be his eyes and ears when he wasn’t on Zoom. “Sophie is such a powerhouse, and it was really an incredible process!” reflects Posen. “I felt like I was there because of the magic of technology. I was able to get the dailies every day and be involved in Zoom fittings with Huntsman.”

Although The Outfit is set in 1956, the emphasis on suiting couldn’t be more timely. Designers had one unified message on the Fall 2022 runways: bring back the suit. Sweat pants have been firmly replaced with shoulder pads as powerhouses like Saint Laurent, Balenciaga, Michael Kors, Versace and many others sent suit upon suit down the catwalk.

Despite closing his brand in 2019 (he still makes custom red carpet creations for celebs), the trend hasn’t escaped Posen’s notice. “I think this resurgence is definitely about a kind of security,” he says, referring to the turbulent times we’ve all experienced. “There’s something very secure about putting on a suit and feeling its power.”

And therein lies the reason why the garment has become a mainstay in Posen’s personal wardrobe. “I’ve had many suits custom made for me over the years, and there’s no comparison [to off the rack suits],” he shares. “It’s such a special experience, and they will last you a lifetime.”

And just as Mark Rylance’s character says in the film, “the perfect suit starts with the perfect cut,” notes Posen, almost reciting the script verbatim. “It’s made from the inside, and you need a good armhole. It’s so underrated, but it really makes or breaks a good suit.” Take it from someone who knows.

Should We Really Expect Honesty from Beauty Influencers?
Does TikTok’s “Lucky-Girl Syndrome” Actually Work?
How I Lose Fat & Keep it Off: Meals, Workouts + Everything Else
5 Healthy Vegan Meals I Make all the Time
Morning Workout For Women To Lose Weight Fast