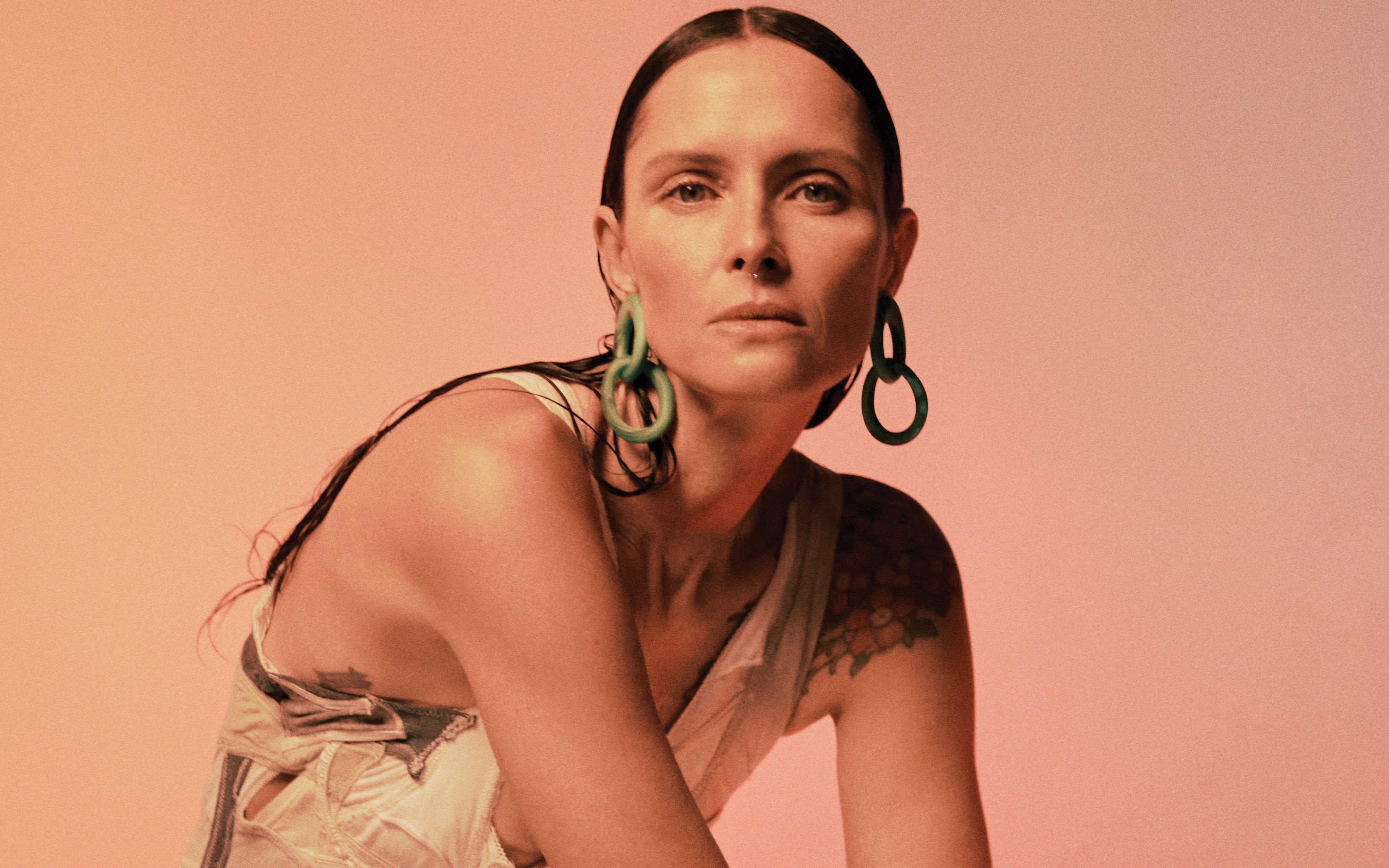 The supermodel turned sustainability activist lives two very different lives — one on a ranch and the other on the runway. But she’s found beauty in the balance.

Tasha Tilberg can’t believe that 1996 was more than 25 years ago. As I flaunt her former FASHION cover, she can’t help but laugh affectionately. “I remember feeling so grown-up when we shot this,” she says warmly over the phone from her home in Powell River, B.C. “Looking back at it now, I’m like, ‘Oh, my gosh, what a little baby I was!’ We think we’re so adult, but we’re really not.”

For someone who has spent decades cultivating a commanding confidence on the catwalk, Tilberg (represented by Lizbell Agency) is surprisingly bashful. As we chat on this snowy January afternoon, I quickly learn that the 42-year-old model much prefers to speak of anything other than herself — her three children (“They all love the snow”), her love of travel (“It’s one of my favourite parts of my job”) and her enthusiasm for the environment (“Feeling connected to nature is essential for me”). It wasn’t until we spoke about farming that I saw her most authentic self.

“When I introduce myself to someone, I never call myself a model. It’s one of the things I do, but it’s not who I am.”

There are very few among us who can honestly say they are living their childhood dream, but Tasha Tilberg is one of them. (For her, it just involves more manure than modelling!)

Discovered at 14, the British Columbia-born beauty burst onto the fashion scene in the ’90s by strutting for icons like Helmut Lang, Louis Vuitton and Calvin Klein. Always unapologetically herself, the Canadian talent refused to emulate her colleagues Kate Moss and Cindy Crawford and instead embraced her septum piercing, hand-poked tattoos and granola-grunge aesthetic.

Tilberg says that even from the beginning of her career, modelling was always just a job, not an identity. “When I introduce myself to someone, I never call myself a model,” she reflects. “It’s one of the things I do, but it’s not who I am. I was always buying my freedom. I did this because I wanted to buy a tractor.”

And she bought not only the tractor but also the entire eastern Ontario estate it’s parked on — at the tender age of 16, no less. “I don’t think anyone in my inner circle was surprised that I bought a farm,” laughs Tilberg. “It was my first love.” This ardour for agriculture stems from her mother’s stories about her family’s farm in British Columbia. While Tilberg was brought up bouncing between apartments outside of Toronto, her parents and older siblings lived a much more rustic lifestyle on the West Coast before she was born.

Tilberg notes that when she found fame as an international supermodel, returning to her own rural refuge gave her room “to breathe.” But she assures me that the two worlds aren’t as disconnected as one might think. “The obvious similarity is that farmers grow the materials fashion uses, like cotton, leather and wool,” she explains. “And like farming, the fashion industry is also dependent on cycles — cycles of weather, seasons and trends.” (Just ignore the fact that her off-duty days include harvesting crops, growing grapevines and looking after two dogs, six sheep and 24 — yes, 24! — chickens.)

Now ensconced in her second horticultural hideaway (this time in Powell River with her 10-year-old twins, Bowie and Gray, and her 22-month-old son, Harkett), Tasha Tilberg has become more selective about the jobs she takes and the brands with whom she partners. “My amazing agent really examines opportunities before she brings them to me,” she says. “Then we look to see if the brand aligns with my values.” These values include sustainability, using natural materials and thinking about future generations. Hence her recent role in Chloé’s Fall 2021 campaign, pioneered by environmental activist and creative director Gabriela Hearst, and collaborations with smaller ethical and sustainable labels like Another Tomorrow and Dhara.

I’m not surprised to learn that Tasha Tilberg was introduced to the effects of climate change and other global issues at a very early age. “I was going to marches with my mom before I was six,” she exclaims before launching into an utterly unprompted performance of a protest chant: “One, two, three, four, we don’t want a nuclear war. Five, six, seven, eight, we don’t want to radiate.” She continues: “We also went on nature hikes all the time, so I think that when you are exposed to your surroundings, you appreciate them more. You are more likely to notice garbage on the ground.”

A defining moment in Tilberg’s growth into eco activism was the amplification of fast fashion in the early 2000s. “It changed how people purchased clothing,” she notes. “The amount of apparel suddenly grew to such extreme levels. So, there’s the environmental impact and there’s also the human impact. If I’m buying a shirt for $5, who exactly is getting paid and how much?”

As such, Tasha Tilberg tends to avoid buying anything new (fast fashion or otherwise) and instead ventures into vintage stores and participates in regular community-wide clothing exchanges. Yet it’s her connection to nature that truly nurtures her conscious consumption. “One of the most important things to me in terms of sustainable fashion is natural materials,” she explains. “If you can compost a plant-based garment, it will eventually return to the ground and have far less of an environmental impact than something that will never decompose. It makes me want to make everything myself!”

On Tilberg’s social media, she regularly posts about just that — along with her adventures on the farm and fighting for forestry conservation. “I didn’t always feel empowered to do anything about the environment,” she shares. “That came later in my career, especially once I had a public platform where I could freely discuss it. I think it’s an emerging element of my job. Models can finally be like, ‘I have something to say and somebody might listen’ instead of only talking about fashion.”

And that’s exactly what we’re doing here. Of course, we take on the topic in time, but in what I’ve learned is a typical Tilberg-ism, she subtly steers the conversation away from herself. For someone who has long operated as both a cog in the catwalk machine and a catalyst for concrete change, she reassures me that her relationship with fashion is still a fairly positive one. “What has surprised me about the changes I’ve seen over my career is the way these big fashion houses have become more accountable because people are finally demanding it,” she reflects. “Before, they had all the control, and now they’re ready to listen. And if enough voices speak up, they can create a big enough push for positive change. We all have the power.” After all, who knows what the next two decades will bring?