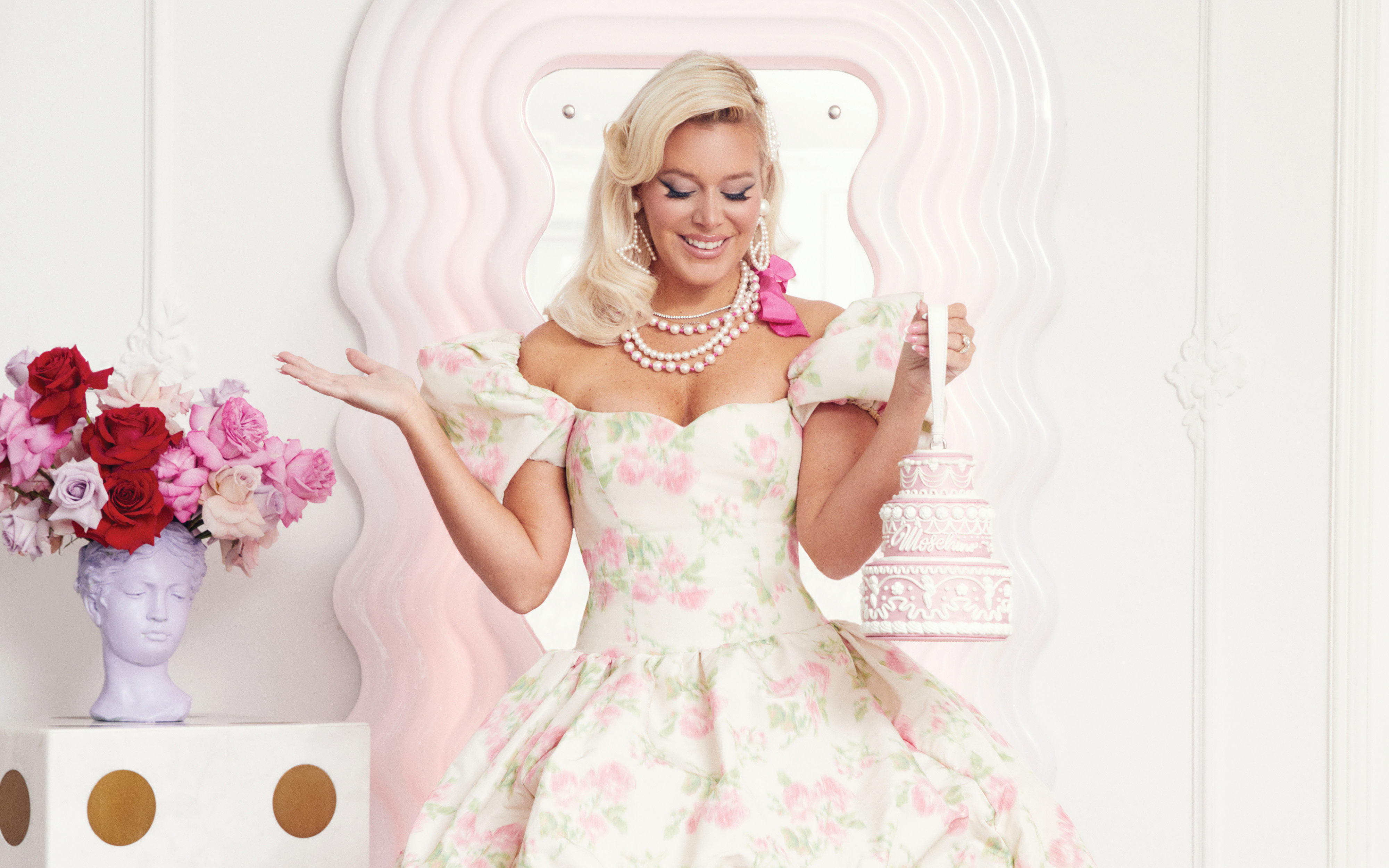 Jenna Bitove Naumovich’s nine-to-five consists of finding fanciful fashion pieces for her clients, but during her off-hours, the personal shopper and stylist for The Room at Hudson’s Bay has steadily acquired a mass of Moschino garments, shoes and accessories just for herself. “The designs are so happy,” she explains from her home in Toronto. “I’m inevitably intrigued to see what Moschino is doing next because it’s always going to be different from what anyone else is doing.”

It goes without saying that “boring” and “minimal” are not in the Moschino mandate. Since its inception in 1983, the late Franco Moschino’s eponymous brand has always differentiated itself from the fashionable pack with its theatrical silhouettes, cheeky slogans and popculture references. It’s now under the helm of creative director Jeremy Scott, and the level of humour and camp has been dialed up a notch. Think retro robot coats, paper-doll dresses and fast-food fandangles. “His creations are pure fantasy and escapism,” says Bitove Naumovich of the designer. “He has a way of taking an ordinary subject and making it playful.”

Unsurprisingly, Bitove Naumovich describes her own style as “whimsical and happy,” and she credits her mom with first introducing her to the brand. “I remember her dressing me in little Moschino sweaters, dresses and jackets, but I didn’t have a strong appreciation for them until I got older,” she says. Now a parent herself, she’s continuing the Moschino marathon with her young son, Rocco, and her dog, Rose: The colourful collection now includes a baby-blue onesie adorned with the quintessential Moschino teddy bear motif and a bright-pink pet T-shirt accessorized with a branded white water bowl.

Having grown up in a male-dominated household (the Moschino collector has three brothers), Bitove Naumovich isn’t quite sure how she became so “ultra-girlie.” But one thing she has always been sure of is her enthusiasm for fashion. “My love of style definitely came from my mom, even though we have such different tastes — she’s much more bohemian,” she says.

While the Moschino madness initially had a slow start, the more Bitove Naumovich was exposed to the work, the more she wanted to buy. “There’s a timelessness to Moschino,” she reflects. “They create magnificent archival art pieces. It doesn’t matter how old the garment is because as soon as you put it on, you’re transported back to that collection and that time.”

Despite all this, Bitove Naumovich’s Moschino obsession can ultimately be attributed to the pure joy she derives from the designs. Such was the reasoning behind a ball gown purchase — “It’s just so nice to stare at it and appreciate the beauty” — and many others. “As I’ve gotten older, I’ve learned not to be too fixated on having a certain look,” she says. “Life’s too short! Try something new, and if you don’t like it, you can always take it off. But as long as it brings you happiness, that’s all that really matters.”