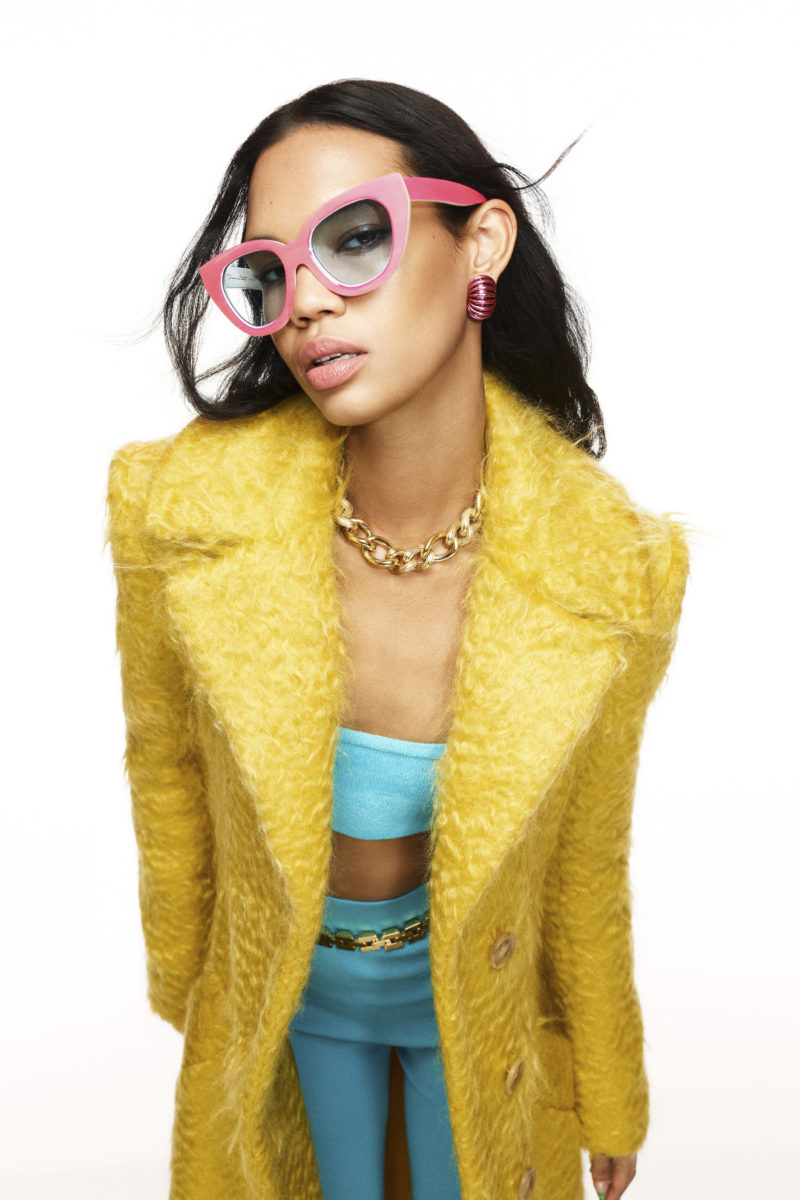 As the first leg of fashion month wrapped up in New York, we got an early glimpse at some of best beauty trends we’ll be coveting come fall 2022. Of course, the usual standbys of smoky eyes and red lips were still on-tap (one can always count on celeb-fave Michael Kors to bring the glam) but other looks seemed to fall into two current beauty directions: natural and understated or over-the-top whimsy. The former is undoubtedly still inspired by years of masks and a lack of hair appointments, and simple, un-done hair was a refreshing touch at Prabal Gurung, Collina Strada and Proenza Schouler.

The pared-down look at Proenza Schouler was made complete with a skin-first complexion that showed off glowing, healthy faces which were also seen at Carolina Herrera, Altuzarra and Ulla Johnson.

On the flip side, the urge to dial up the glam with the party-inspired beauty we saw for spring was still going strong on many New York Fashion Week runways. Euphoria’s influence on glitter, boldly-coloured eyeshadow and dynamic lashes were spotted at several shows, including Area, LaQuan Smith and Bronx and Banco. The throwbacks didn’t stop there — bubble ponies at Tia Adeola and crimped hair at Christian Siriano proved that the ’90s and 2000s heyday isn’t coming to an end anytime soon.

Television’s starring role in our pandemic-era lives is no secret, and ahead of its much-anticipated return, Bridgerton’s stamp on unapologetic glam (and effort) was seen in fanciful and romantic updos at shows such as Brandon Maxwell and Batsheva. For some middle ground, the hair at Patbo struck a balanced note with the season’s undone locks still made photo-ready with bows and other pearl embellishments.

Davy’s power and influence in the beauty world reigns supreme and to further connect her reach, the makeup artist announced on her Instagram this week that a Euphoria-inspired beauty line named Half Magic and created by herself and the creators of the show would be coming to the masses this May. Davy has already collaborated on various show-inspired pieces for Face Lace, so we can only expect that these new formulas (which she’s been using during Season 2) will help fans take those bold looks to the next level. Excuse us while we set an Insta alert…

Glossier’s After Baume is here for your complexion woes

Moisture barrier protectors are all the rage ATM, and this new balm from Glossier is right on target to be a new fave amongst Canadian brand fans (it’s described as a “puffer jacket for your skin,” after all). The heavy duty cream has the National Eczema Association Seal of Acceptance in the U.S. and is perfect for using as a last step to your evening routine, or giving your skin a little TLC at anytime with its cocooning formula that’s rid of alcohol, fragrance, colour or essential oils, which can all be very sensitizing. It’s perfect for giving your complexion a  much-needed re-set (and for nabbing that skin-first look from above in time for fall.)