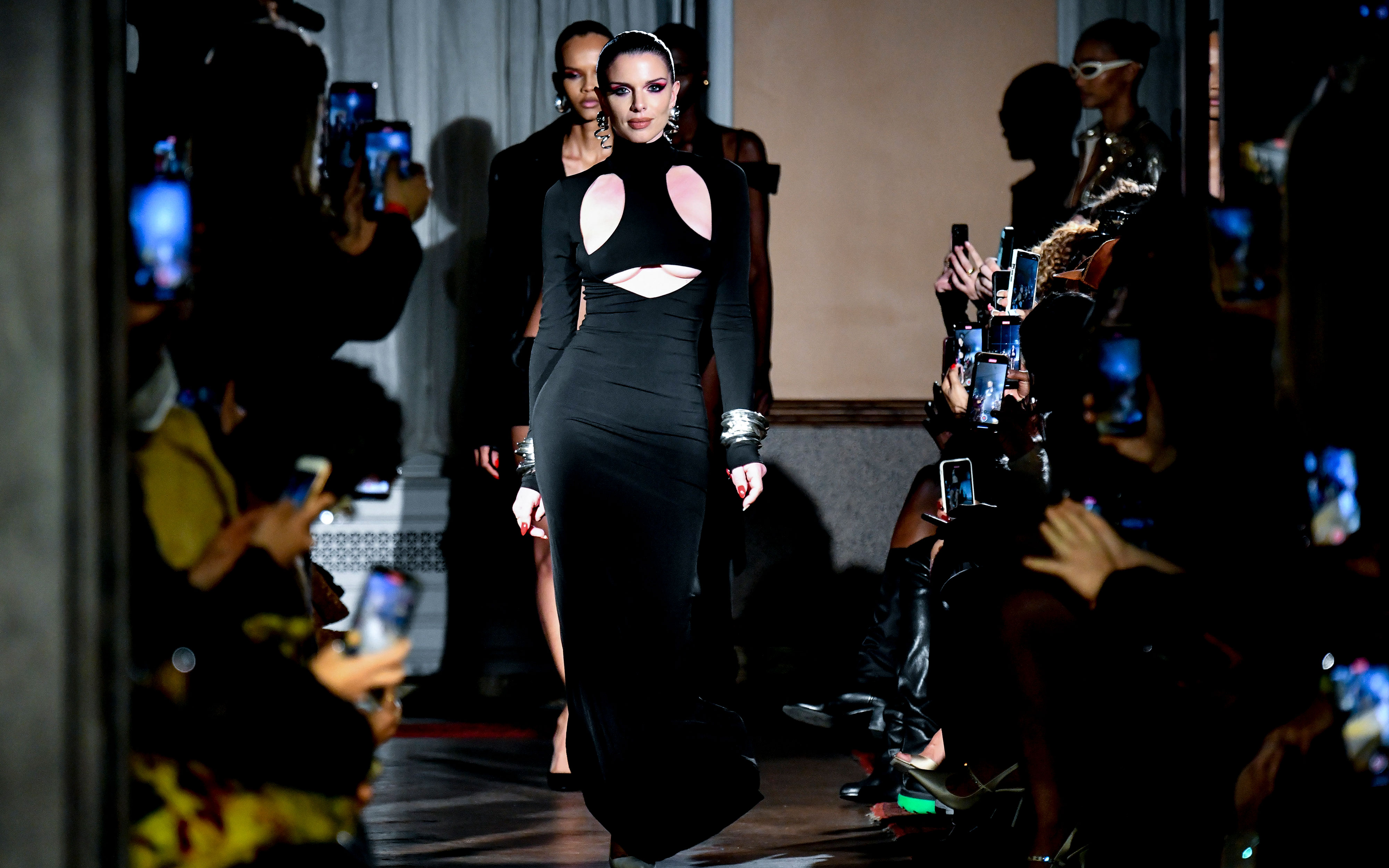 Including the return of Manhattan’s It Girl.

It always seems strange to celebrate fall and winter styles just as the weather starts to creep above negative numbers, but thus is the fashion cycle. As the first stop on the Fall 2022 Ready-to-Wear world tour, New York Fashion Week set the bar high, despite missing a few of its mainstay designers like Ralph Lauren, Marc Jacobs and Oscar de la Renta for various COVID-related reasons.

While the biggest social media sensation was undoubtedly Julia Fox and her runway debut for LaQuan Smith, sans ex-boyfriend Kanye West (followed closely by the joyful return of fashion’s favourite pretend socialite, Blake Lively), the actual clothing also caused a stir on TikTok. Y2K wares, tailored treats and minimalist colour palettes were some of the biggest trends to come out of the week, so it will be interesting to see if this pattern continues throughout the season.

If you missed any of the decadent drama, below is our roundup of the most viral runway moments of Fall 2022 Ready-to-Wear.

So, Area might have been in the wrong fashion week. Presenting a fabulous study in frivolity, creative directors Piotrek Panszczyk and Beckett Fogg decked their models in rhinestones, fringe, feathers and butterflies in a collection that could be considered couture, not ready-to-wear. But no matter the label, the demonstration was a delight to behold, and we’re sure to see many singers sporting these bejewelled bras very soon.

Eckhaus Latta: No longer the new kid on the block

Happy Birthday, Eckhaus Latta! Ten years after Mike Eckhaus and Zoe Latta launched their label, the brand is still as bold and unique as ever before. Male models walked in sheer glittery gowns. Leather pants were both figuratively and literally hanging by a thread. And hot pink corsets were deconstructed to be somehow even more risqué. A celebration of both new and old, the duo’s artistry was a big hit on social media.

Frank Sinatra once said: “The best revenge is massive success,” and Julia Fox is clearly taking note. Making her runway debut at LaQuan Smith’s Fall 2022 show a few hours after her public split from Ye (Kanye West), the Uncut Gems (also known as “unca jams,” iykyk) star strutted her stuff in a sexy black cutout gown. In a move that would be sure to make Princess Diana proud, social media was 100 per cent behind Julia Fox and applauded her LaQuan Smith revenge dress moment.

Michael Kors: The who’s who of fashion week

Blake Lively, we’ve missed you! The OG Gossip Girl star made her first public appearance in months (not including her brief Broadway red carpet moment in support of Hugh Jackman’s The Music Man), and she wasn’t the only A-lister in the audience. New York City Mayor Eric Adams had a front-row seat alongside Brooke Shields, Ariana DeBose, Lady Eliza and Lady Amelia Spencer, Addison Rae and more. On the actual runway, Emily Ratajkowski, Gigi Hadid, Bella Hadid, Irina Shayk and others strutted in sharply-tailored styles, which Michael Kors himself called the “antithesis of sad slipper life.” The result was a mélange of head-to-toe monochromatic moments that were only heightened by the party-like atmosphere fit for the Upper East Side’s elite—XOXO, Gossip Girl.

Peter Do: There’s a massive light at the end of the tunnel

Peter Do wants us to go towards the light. And really, when the light is as nice as this, who can blame him? For his sophomore collection, the 2020 LVMH Prize co-winner submerged his styles in a halo of colour. While the actual clothing was restricted to monotone hues like black, white, beige and grey, the venue was bathed in buttery shades of yellow, pink, orange, lilac, blue and green. If you’re not ready to enter this slightly trippy new dimension, the styles worn on the runaway were rooted in reality, with an emphasis on deconstructed suiting and an alternative approach to American sportswear.

Tory Burch: Is that you?

Something at Tory Burch’s Fall 2022 Ready-to-Wear presentation was different — it was dark. And not metaphorically dark but literally dark as the runway featured dramatic spotlights strategically placed to emulate a New York City backdrop. The message was clear: this is not your mom’s Tory Burch. Known for its timeless and classic approach to clothing, the collection had new energy and was undeniably cool. Preppy dresses were replaced with slinky separates. Other garments featured perfectly placed bright pops of colour. And if you’re looking for coat and belt inspiration for next fall, this is a great place to start.

How to Tame Sweaty Hair After Exercising and Go Straight Out
The Viome Full Body Intelligence Test Gave Me Surprising Info About My Heart Health
9 Editor-Loved Supplements to Level Up Your Wellness Game in 2023
Food creator shares 5 healthy meals you can make from $75 in groceries
What is a good POST workout meal for endurance athletes?