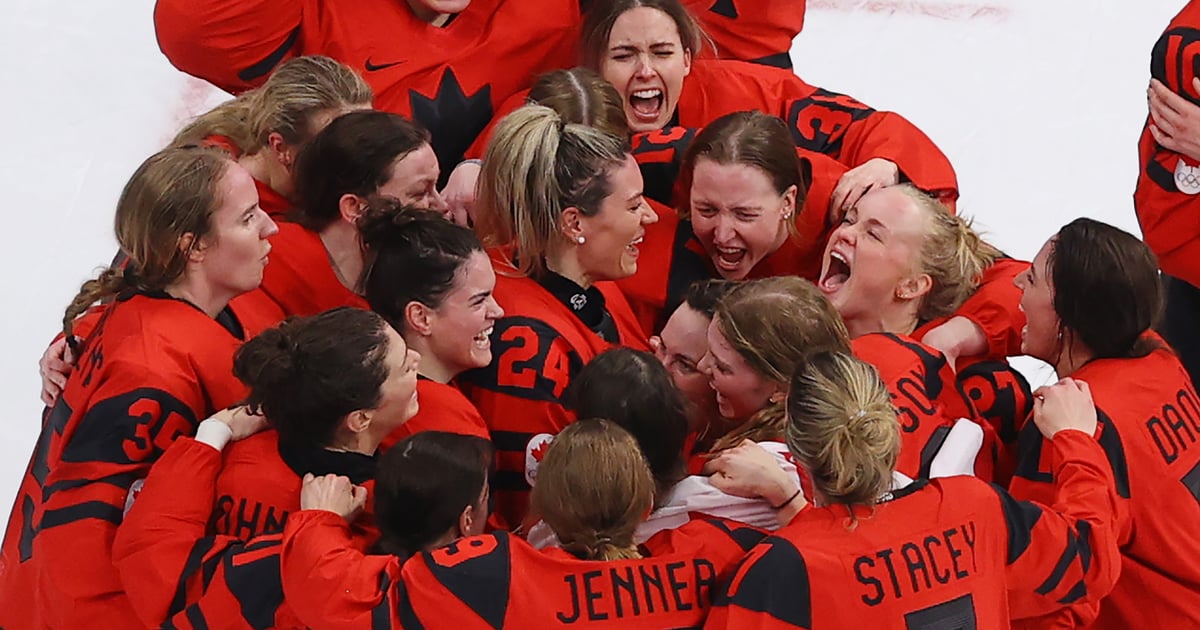 Canada has won gold after a dominant women’s ice hockey tournament at the 2022 Olympics in Beijing. The Canadians beat Team USA 3-2 to claim their fifth Olympic gold in women’s hockey, closing out a historic tournament that saw them enter the gold-medal match with an Olympic-record 54 goals. In the end, it was their efficient offense that proved the difference in Beijing. But, as is always the case in this matchup of rivals, the Americans weren’t going down without a fight.

Having already defeated the US in the preliminary round, 4-2, Canada made sure to start the scoring early in the gold medal match. After a goal by Canada’s Natalie Spooner was called back as offside, Sarah Nurse put her team in the lead for good by deflecting the puck into the back of the net just 35 seconds later. Canada’s star captain Marie-Philip Poulin made it 2-0 with just under five minutes left in the first period, scoring a goal off a set play and giving the US a big hill to climb as the game wore on.

After Canada dominated the first period in possession and shots, the second period started more evenly, with both teams sprinting up and down the rink as the game opened up. Once again, it was Poulin causing problems for the US, putting away her second goal of the night off a quick redirection in the tenth minute of the second period. The goal made history for Poulin, who reportedly became the only hockey player of any gender to score in four Olympic gold medal games. It also seemed to light a fire under Team USA, and the Americans answered back when four-time Olympian Hilary Knight scored her sixth goal in Beijing.

By the third period, it was clear that the US had grown into the game. The Americans finally began to sustain some offensive pressure and made sure Canadian goalkeeper Ann-Renée Desbiens stayed busy with waves of desperate shots. In the final minutes, the US had a six-on-four advantage after pulling its goalie and Poulin leaving the ice on a penalty. A final flurry resulted in a goal from Amanda Kessel to make it 3-2, but ultimately, it was too little too late. Canada’s quick-striking offense proved too much to overcome, and the Americans will go home with a hard-earned silver and, undoubtedly, a little more motivation for 2026. Canada has now won five out of seven Olympic gold medals in women’s hockey.

Canada’s victory also serves as the latest chapter in the storied women’s hockey rivalry between the two nations. Either the US or Canada has won gold in every Olympics since the sport was introduced, with the US winning that first gold in 1998, then watching in heartbreak as Canada claimed it in every Olympics thereafter. In 2018, the US won it back in dramatic fashion, taking the game into a shootout that ended with a huge save by Maddie Rooney and a tear-filled dogpile on the ice. In 2022, it was the Canadians mobbing their goalie to celebrate a return to gold-medal status.

Though the US and Canada are bitter rivals on the ice, they also collaborate to push the sport forward. The two teams joined forces in the My Why tour in late 2021, an annual series of games between the North American powerhouses that also served as a tune-up for Beijing. Of course, nothing puts women’s hockey in the forefront like a USA-Canada gold medal matchup, and in 2022, Canada is ending a dominant tournament with a well-deserved gold. Finland won the bronze medal after defeating Switzerland 4-0.

Check out highlights from the gold-medal match ahead, and congrats to Team Canada!

🔥SMALLER WAIST & FLAT BELLY | Home Workout🔥30 Min Standing Workout🔥NO JUMPING TABATA WORKOUT🔥
This One Technique Is Key to Getting Stronger, Trainers Say
What Is RxPass, and Can It Save You Money on Prescription Medication?
All Standing Warm Up Exercises Before a Workout for Women Over 40
Louis Vuitton’s New Watch Is Out of This World + More Fashion News