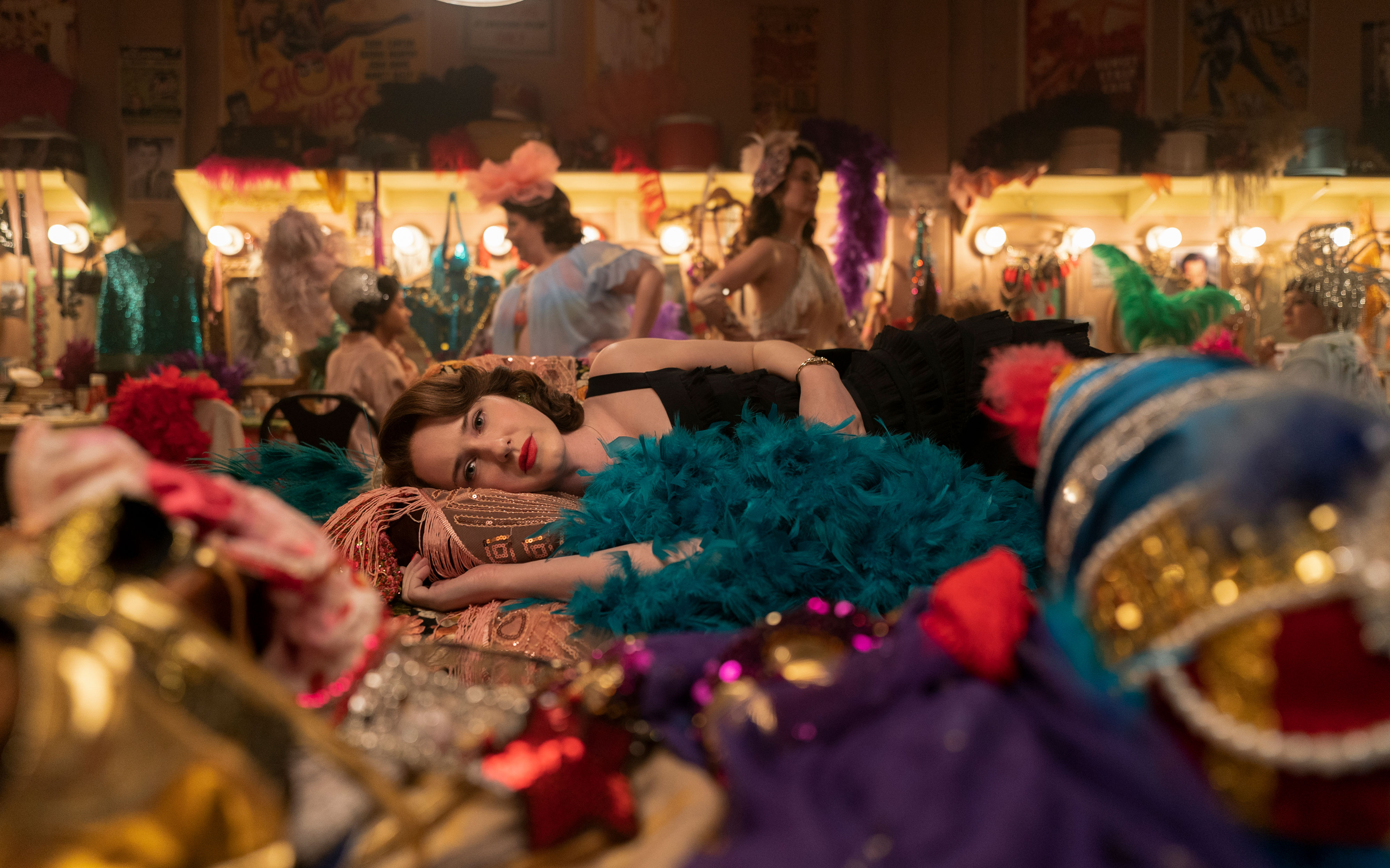 “The Marvelous Mrs. Maisel” costume designer Donna Zakowska on what to expect from season four’s costumes.

“You know what’s great about me? It’s when I’m me.” These are the words that delightfully sing-song across the screen during The Marvelous Mrs. Maisel season four trailer. And you know what? It’s true. Main character Miriam “Midge” Maisel is at her best when she’s loud, bold and unapologetically herself — as are her costumes.

It’s already a widely known fact that the Prime Video original has one of the best wardrobes on TV right now. So much so that in 2020, two of Midge’s most iconic looks from season one — her pink coat from the pilot and black dress from her first comedy show— are now stored in the Smithsonian. Helmed by costume designer Donna Zakowska, fashion fans have flocked to the series for its intelligent use of colour, late fifties aesthetic, and incredible attention to detail.

So after a two-year break and a global pandemic, expectations are sky-high for The Marvelous Mrs. Maisel season four premiere on February 18. And based on the photos we’ve seen so far, the costumes won’t disappoint. As a press release teases, “It’s 1960, and change is in the air. Looking to hone her act, Midge finds a gig with total creative freedom. But her commitment to her craft — and the places it takes her — creates a rift between her and the family and friends around her.”

In anticipation for the new season, FASHION spoke with costume designer Donna Zakowska on dressing for a new decade, Midge’s fashion muses and the importance of pink. Plus, we’ve included all the on-set fashion we’ve seen so far below.

Coming into the fourth season, has your creative process changed at all?

What’s changed is there’s a different storyline and a different momentum to the characters. It’s the same journey we started back in season one, but now we get to watch Midge bloom into her true identity.

How many costumes do you create for each character per episode?

For the principal characters, it’s anywhere between six to 14. Everything is custom made because we want to stay true to the time, but it’s important to infuse new angles, fabrics and colours into pieces to keep it fresh.

It’s 1960 in season four. What changes to the costumes can we expect to see?

In the fifties, everything was much curvier and more feminine. Then you hit the sixties, and fashion became much more cubic and square. The most challenging part was finding that middle silhouette of 1960/1961. So this season, I wanted to work with shapes that captured the feeling of the new decade but still had the curves of the past decade. It’s very different from what I’ve done in the first three seasons.

You’ve said in past interviews that Audrey Hepburn inspired Midge’s costumes from season one. Season two was Grace Kelly, and season three had a bit of Marilyn Monroe. Who was your muse for season four?

I found myself gravitating towards French movie stars like Brigitte Bardot and Catherine Deneuve. Not so much the women themselves but the things they wore and, again, the shapes of that period.

In your book Madly Marvelous: The Costumes of The Marvelous Mrs. Maisel, a whole chapter is dedicated to Midge’s pink costumes (how light pink came to represent Midge’s domestic past, and dark magenta was named “post-Joel pink” after she left her husband). How did you approach using the colour in this new season?

In the book, I talk about how this one colour, which wasn’t even one of my favourite colours, became this sort of emotional thread for Midge. There would inevitably be pink in the new season, but it’s more subtle and is often tied to her emotions and a bit of a return to her old domestic identity. But The Marvelous Mrs. Maisel season four is very much about her breaking out and trying to be a professional on her own.

Last season Midge traded her usual little black dress for a pink one when performing at The Apollo. Is this the end of her “comedy uniform,” or will it reappear in season four?

As season three progressed, [creator Amy Sherman-Palladino] began to feel that we needed a colourful and dramatic fashion moment to support the drama that happens at the end of the season. The Apollo was also such a big theatrical venue that Midge needed colour not to get lost. And from there, I went for the over-patterned fabric, sequins and large bow — it was the “blown up” version of Midge. In a way, it became a bit operatic because, of course, this beautiful scene ended as a tragedy. But this is absolutely not the end of the black dress! There’s no question that it will return, and every now and then, it might have a little more flair.