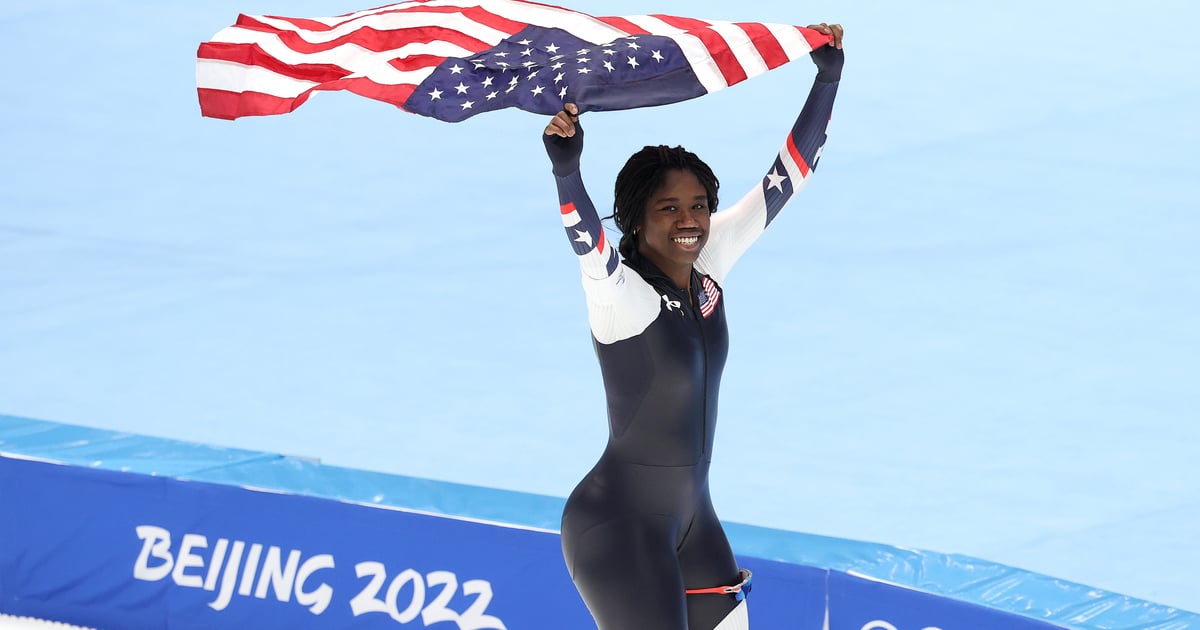 To commemorate Erin Jackson’s 500m speed-skating gold medal win on Feb. 13, the Olympic Games Instagram page posted a video of the giggling athlete stepping onto the ice for the first time. The Olympic Games reposted Jackson’s video from her Instagram (above) in which, at the four-year mark of her speed-skating career, she reflected on her first 45 minutes on the ice. “Four years ago today! And now I sit a whole 2 degrees lower,” Jackson says in the description.

According to her Olympic athlete profile, the Florida native put on her first pair of roller skates at eight years old and (according to Team USA) began inline skating two years later. Jackson competed in roller derby and inline speed skating prior to embarking on her speed-skating career, earning seven World Championship medals from 2010 to 2018. She gave speed skating a try in the winter of 2017, but it wasn’t until September 2017 that Jackson began speed skating full time.

At the World Cup in November 2021, Jackson told Dutch broadcaster NOS that she’s “Dreaming of Olympic gold like everyone else.” After just half a decade of speed skating, the 29-year-old has made her dreams come true as she celebrates her historic 500m speed-skating win. Jackson is the first Black woman to earn an Olympic gold medal in speed skating and the first American woman to claim gold in the 500m event in 28 years.