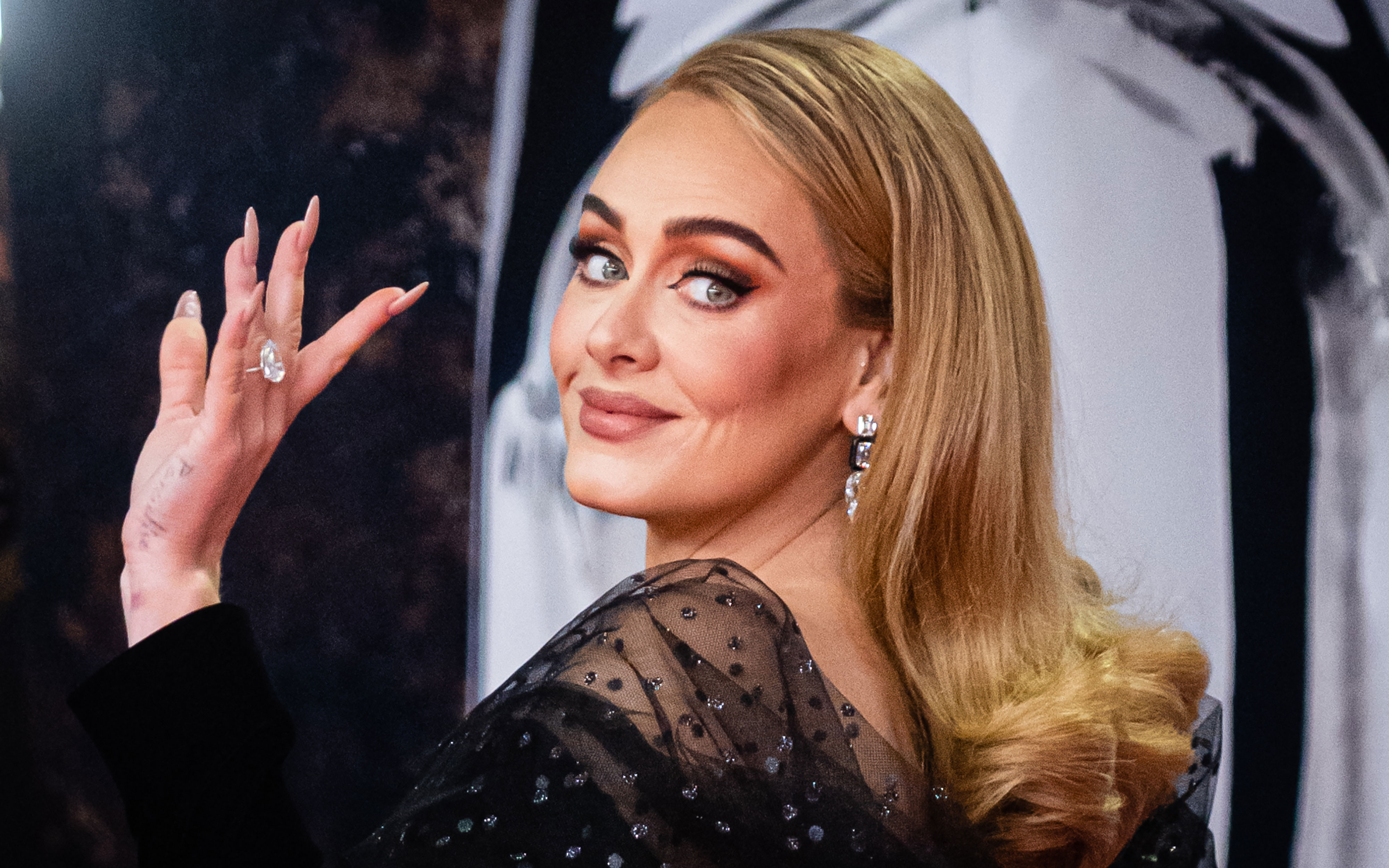 The singer caused quite the social media stir as eagle-eyed fans spotted a diamond ring on her finger at the Brit Awards.

After the emotionally exhausting and tearfully tumultuous few years Adele has had — as thoroughly documented on her new album 30 — the British singer deserves a win. And not just a few wins, ALL the wins. During last night’s Brit Awards, Adele did just that, taking home the night’s top prizes: Album of the Year, Song of the Year for “Easy on Me,” and Artist of the Year. The singer dedicated her awards to her son Angelo and her ex-husband Simon Konecki.

​​”I’d like to dedicate this award to my son. And to Simon, to his dad. This album was all of our journey, not just mine, and I’m very proud of myself for sticking to my guns and putting out an album that was about something so personal to me,” she said through tears. “‘Cause not many people do stuff like that anymore. And my son has been so gracious, so gracious and kind and patient with me over the last couple of years, and it’s for him.”

But before the award ceremony even started, Adele’s red carpet appearance caused quite the stir on social media as she was spotted sporting a GIANT diamond ring. Is Adele engaged?

Now, the super songstress has never been one to shy away from a bit of sparkle, whether it be a glittery ensemble or giant jewellery, but to wear a diamond the size of a small meteor on your finger is another thing entirely — especially when she is dating her sports agent boyfriend Rich Paul.

According to People, a rep for jeweller Lorraine Schwartz confirmed that Adele is wearing a ring from the designer’s collection. It’s entirely possible that the pear-shaped trinket was added by her stylist Jamie Mizrahi to enhance the overall Hollywood glamour aesthetic of her custom Armani Privée look. But, Adele kept the ring on for both of her costume changes, albeit on her left hand. The first, a gold Valentino gown worn during her performance of “I Drink Wine.” And the second came towards the end of the Brit Awards when she collected her final trophies.

As we anxiously await confirmation of whether Adele is in fact engaged, we’ll try not to spend too much time zooming in to get a peek at her bejewelled finger. So to keep us preoccupied, here are a few of our favourite looks from the rest of the night.