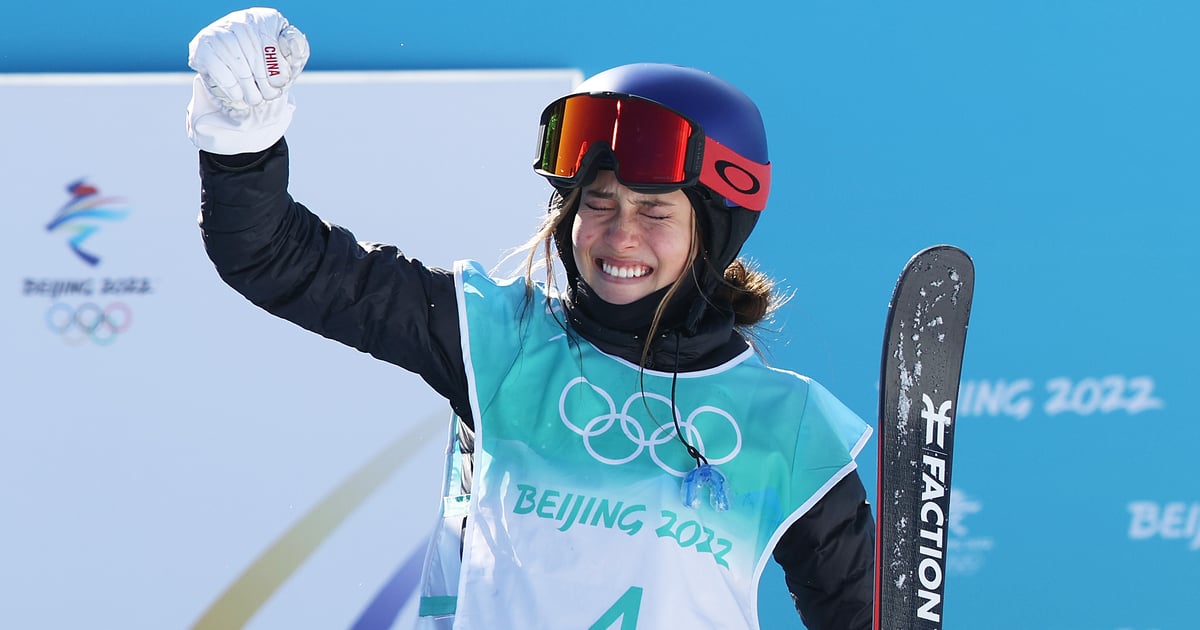 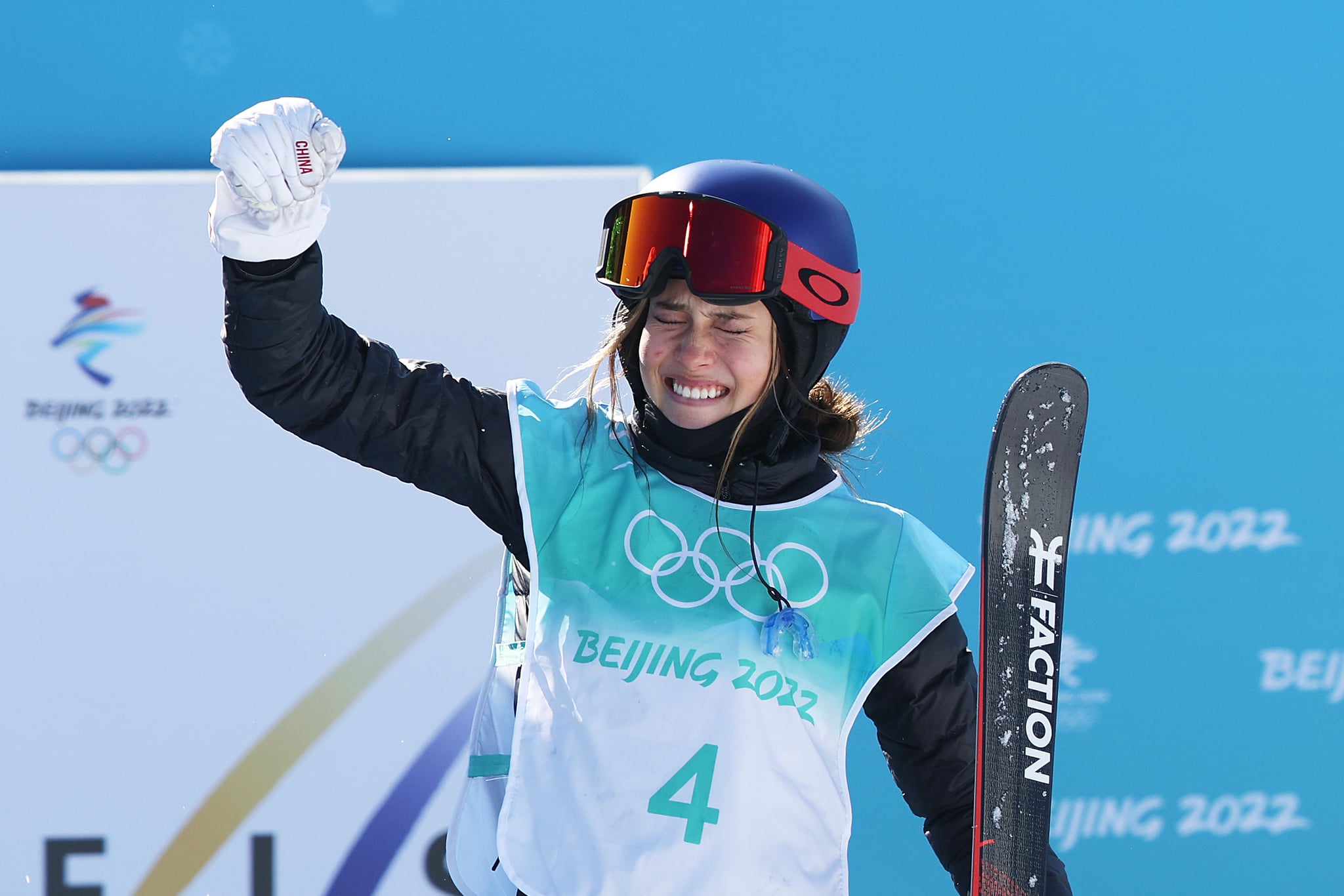 At the 2022 Beijing Games, Eileen Gu jumped to gold in the Olympic debut of women’s freestyle skiing big air. The 18-year-old, who grew up in San Francisco and represents her mother’s native country of China, pulled out all the stops on Feb. 8 (Feb. 7 in the US) and finished with a combined total of 188.25. France’s Tess Ledeux received silver with a 187.50, and Mathilde Gremaud of Switzerland earned bronze with a 182.50.

In big air, the best two out of three runs count, and Gu executed a massive 93.75-earning double cork 1440 for her first run. In her last run, which all but secured her victory with one final competitor to go, she managed a double cork 1620 (that’s four and a half full rotations) that scored a 94.50. NBC reports that this was the first time Gu had even attempted that trick. Visibly shocked, she couldn’t contain her excitement and exclaimed in disbelief, “Oh my god! I’m not crying. Definitely not crying!” Watch that impressive move — and her reaction — below.

A double cork 1620 on her final run! #WinterOlympics

This is Gu’s first Olympics, but she’s earned 2021 world championship titles in halfpipe and slopestyle, along with a world championship bronze medal in big air. Last year, she was the first known woman to land and compete a double cork 1440 in freestyle skiing. Outside of skiing, Gu is a model and pianist who is set to attend Stanford University.

After she made it through the qualifying round for women’s freeski big air, Gu said on the live broadcast that she was going to prepare for the finals — channel her “inner calm” — by playing the piano. She requested a keyboard in her room in Beijing “because normally I play piano before I compete.” And it looks like that paid off! Look out for Gu in the upcoming women’s freeski slopestyle and halfpipe events.

Many nations, including the United States, implemented diplomatic boycotts of the Beijing Games over the Chinese government’s human rights violations — specifically, its treatment of Uyghurs and other predominantly Muslim ethnic groups. Concern remains, too, over the well-being of Chinese tennis player Peng Shuai, who seemingly disappeared from the public eye last fall after accusing a former government official of sexual assault. She reemerged just shy of three weeks later and denied making those claims, and she continues to deny those claims. Reuters reports that Peng attended the big air final.

“I do corks in an icy, 22-foot, U-shaped snow structure. That’s not political. It’s pushing the human limit and it’s connecting people,” Gu told “The New York Times” — and the outlet described her as wanting to “maintain a neutral duality.” She wrote on Instagram last week, “Having been introduced to the sport growing up in the US, I wanted to encourage Chinese skiers the same way my American role models inspired me.”