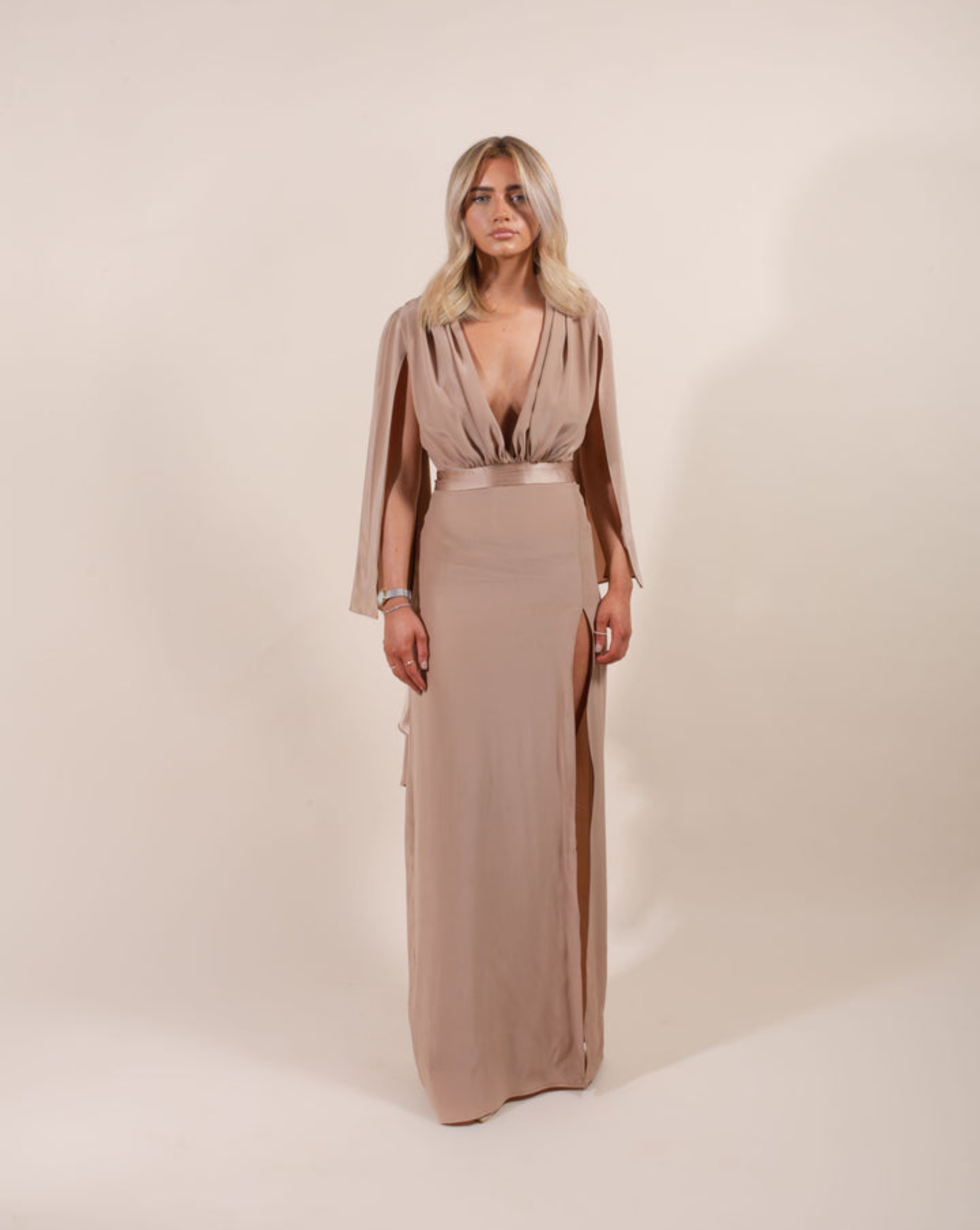 For a small UK designer, Kate Middleton’s approval is about as good as it can get. Nicole Christie, founder of Glasgow-based sustainable luxury womenswear brand Ellipsis, can attest to this.

After Daily Mail royal editor Rebecca English tweeted that the Duchess of Sussex eyed one of Christie’s dresses (a caramel number handcrafted in silk satin backed crepe with draping sleeves and high split cuts) on a royal outing, social media praise started to roll in. “I hope the Duchess of Cambridge will wear this beautiful dress,” one user wrote on Ellipsis’ Instagram. On Twitter, another lamented to English, “She’d look fabulous in both dresses. I wish I had the figure for them, they are stunning.”

The Duchess of Sussex, the Prince of Wales and the Duchess of Cornwall (a rare royal pairing to be sure) visited several London locales on February 3. As part of the outing, the trio visited the Prince’s Foundation’s Trinity Buoy Wharf, a centre for arts and cultural activities located on the River Thames, before meeting students from the Foundation’s School of Traditional Arts. Inside the school’s Future Textiles studio, Kate, Charles and Camilla visited students’ sewing and pattern-cutting stations.

Founded in 2020, Ellipsis (its name derived from the punctuation mark indicting more is yet to come and Christie’s lucky number three) creates garments and accessories with the mandate to slow fast fashion. The brand’s clothing is manufactured in small batches to reduce overstock and, in turn, create less waste.

It’s a mission that aligns with Charles’s own values. The 73-year-old heir to the thrones of Britain, Canada and 13 other realms has been a vocal advocate for the fight against climate change for decades, writes Patricia Treble in FASHION’s upcoming April issue.

For his fashion efforts, that means being not only a proponent of using ethically-sourced natural fabrics, such as wool or linen, but also ensuring they are made in local textile mills and manufacturing sites, and, especially, by skilled workers who thus keep their often-rural communities going. “It’s the skill set that he’s interested in preserving, the idea that these craft forms, whether it’s for the heritage environment or within luxury fashion, that they don’t get lost,” Jaqueline Farrell, education director for the Prince’s Foundation at Dumfries House in Scotland, told Treble. “And it’s easy to lose them in mass production, but we can’t lose them forever because these things are actually so invaluable for the future security of the planet.”