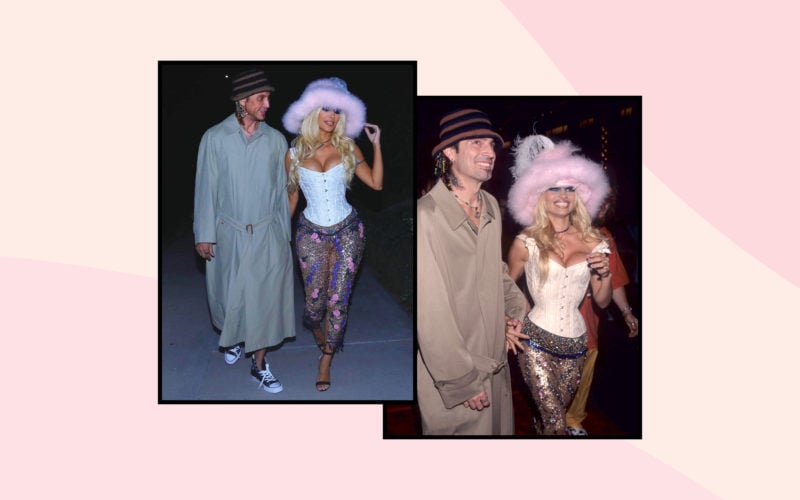 Was Pam the original KKW?

Sex symbols. In our celebrity-fixated world, those who bear that title experience a different kind of public obsession.

The story goes somewhat like this: a person is catapulted to viral fame after a private sex tape is released without their consent. What starts as a horrendous violation of privacy, though, results in them ultimately achieving icon status. Ring a bell?

The familiar tale describes the lived experience of a certain billionaire beauty mogul, Kim Kardashian West. But before we watched her transcend from sex tape victim to pop culture icon, there was Pamela Anderson. While she and Kardashian West are very different in key ways, their career trajectories follow somewhat similar patterns.

The Canadian-born Anderson, who starred in the series Baywatch and has graced countless Playboy covers, was the original celebrity leaked-sex-tape survivor alongside her ex-husband, Mötley Crüe drummer Tommy Lee. On February 2, a new Hulu series Pam & Tommy follows the timeline of the celebrity couple and the release of their infamous tape.

The tape opened the floodgates for the digital violation of celebrities’ private lives. Stolen from their home and uploaded to the internet in the mid-1990s, it made websites and distributors an estimated $77 million in less than 12 months, according to Rolling Stone. It gave the world a new type of intimate access to public figures, and it laid the groundwork for a generation of leaked celebrity sex tapes. Enter Kim Kardashian West.

In March 2007, as she was building her business as a closet organizer for high-profile Hollywood clients, Kardashian West’s sex tape with ex-boyfriend Ray J was released onto the internet. A few months later, the first episode of Keeping Up With The Kardashians aired — and the rest is history.

In a pre #MeToo world, what came in response to these tapes was a whole lot of victim-blaming — especially for the women involved. Despite the videos being released without their consent, they nonetheless garnered targeted media scrutiny and public ridicule.

One of her most viral outfits was a pink fuzzy hat paired with a tightly cinched white corset, which she wore at the MTV Video Music Awards in 1999. The ensemble has been a source of ongoing style inspiration — reminiscent of today’s fluffy hat trend — and was even recreated by Kardashian West herself in 2018.

In contrast, Kardashian West’s fashion choices were, for many years, crafted by ex-husband Kanye West, who she credits for introducing her to the fashion world. While Anderson’s candid-looking paparazzi photos live on as inspo for the ’90s and 2000s styles popular today, Kardashian West has skillfully used paparazzi for business purposes. For instance, she’s been known to preview Yeezy campaigns via heavily photographed street style outings.

In the 2000s, Kardashian West began to set herself apart when she became a pioneer among celebrities on Instagram, using the platform to give the world even more access to her life. Her social media presence accelerated her fame and her subsequent style evolution. Today, Kardashian’s fashion can be marked by defined eras — for those not keeping track, she’s currently in her Balenciaga age.

Where the two stars do align is in using their fame for activism. Anderson has been focused on animal rights: starring in advertisements for the organization People for the Ethical Treatment of Animals (PETA) and building relationships with fashion designers Vivienne Westwood and Stella McCartney, who employ fashion as a form of environmental activism. KKW, alongside her role as beauty mogul and fashion brand owner, is a criminal justice advocate currently in law school.

If Pamela Anderson and Kim Kardashian West were launching their careers today, it’s not inconceivable that they might have posted their own sex tapes. After all, it’s not uncommon for stars to promote sex on the internet themselves. With the rise of sites like OnlyFans, celebrities (and anyone, for that matter) can create and upload explicit content on their own terms. Most importantly, they have authority over what they choose to share, and how they choose to share it. It’s that one little word that makes all the difference: consent.