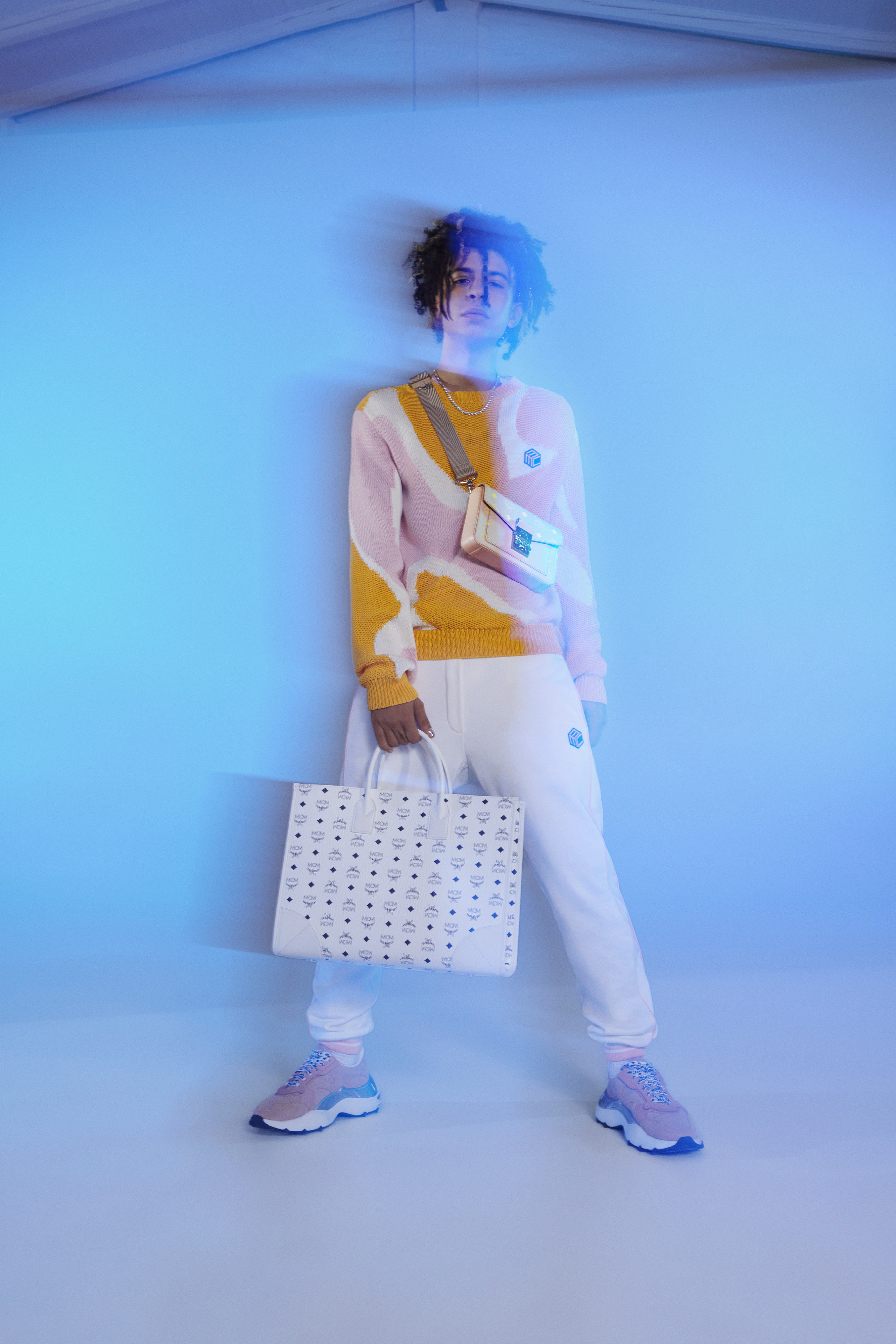 The new face of MCM’s Spring/Summer campaign digs deep in “On To Better Things.”

As a baby millennial, the music video for Iann Dior’s “Let You,” off his new album On To Better Things, took me back to a specific moment in time: my childhood “computer room” (remember those?), where an angstier, 12-year-old me would watch Panic! at the Disco and Paramore perform on my desktop screen.

It’s no surprise, then, to learn that those very artists (and others like Jay Z and Kanye) were some of Dior’s earliest inspirations. Call it emo rap, pop punk, emo pop or trap pop, the 22-year-old multi-platinum artist’s music isn’t easy to pin down.

In 2019, Dior (Michael Ian Olmo) started to record songs on SoundCloud, where artists like Post Malone and Kehlani got their start. Months after he released his debut mixtape, nothings ever good enough, he put out his first studio album, Industry Plant, a tongue-in-cheek reference to speculation spurred from his early success. Dior’s biggest break came in the summer of 2020, when he was featured on 24kGoldn’s TikTok-viral pop rap single “Mood.”

Many collaborations (from Trippie Redd to Machine Gun Kelly, Glass Animals, Lil Uzi Vert) later, Dior released his deeply personal sophomore album, On To Better Things, on January 21. A 15-track trip into his mind, OTBT represents the singer’s new era, cemented by his ever-evolving personal style: blonde-streaked locs, mix-and-match patterns, colours and textures, nail art and statement jewellery. In the world of high fashion, Dior was recently tapped by Germany luxury house MCM as the face of its Spring/Summer 2022 campaign.

“The campaign message fits perfectly with the narrative of my album after coming from a place where I was going through a lot,” Dior says. “I wanted to be honest, truthful and open with my fans on On To Better Things. The whole concept is about coming from a hard place and working towards a better and brighter future.” Shot in real and virtual form, the campaign — featuring “Let You” — is meant to transport us to a happy, vibrant world.

We caught up with Dior to talk about his personal style, On To Better Things (OTBT) and his dream collaboration.

Where do you draw inspiration from when it comes to your own personal style?

My personal style really reflects how I am feeling on any given day. I like to take risks and mix and match different colours and pieces so they are unique to me.

What are some of your favourite pieces from the MCM Spring/Summer collection?

I really loved all the pieces from this collection but I have to say the purple bags and accessories are some of my favourites. Purple is the colour of royalty, so I always love to rock it.

You’ve referred to OTBT as a reflection of your life over the past year, and you’ve also shared the challenges of dealing with loneliness. Does any one track feel particularly vulnerable or meaningful to you in this sense?

I would say “Obvious” is probably my favorite song because it’s about me learning to love myself and I think it really represents the place I was in to where I am now, and the album’s title, On To Better Things. This whole album is really me being vulnerable about my personal experience and raw emotions. I wanted to share in this way because I know there are so many other people out there struggling and working on themselves.

Being no stranger to collaborations, what qualities do you look for in another artist? And jumping off that, what has made your partnership with MGK and Travis Barker so fruitful?

We really just have a lot of fun creating music together and creatively have the same ideas. When I collaborate with someone, I want it to be a genuine connection and really love their music and creative vision as well.

If you could collaborate with one artist that you haven’t yet (from any time period), who would it be?

J. Cole. Forest Hills Drive is an album that really got me through a lot in 2014. “Love Yours” is still one of my favorite songs to this day.

Have you been gravitating towards any particular designs or colours for your nails? Or do you have a favourite look that you’ve worn recently?

My nails change with my mood or to coordinate with my outfits. They’ve really become part of my every day. Creatively, I like to tease music or art on my nails because I think it’s a cool and different way to be attached to my music and share with my fans what’s coming up.