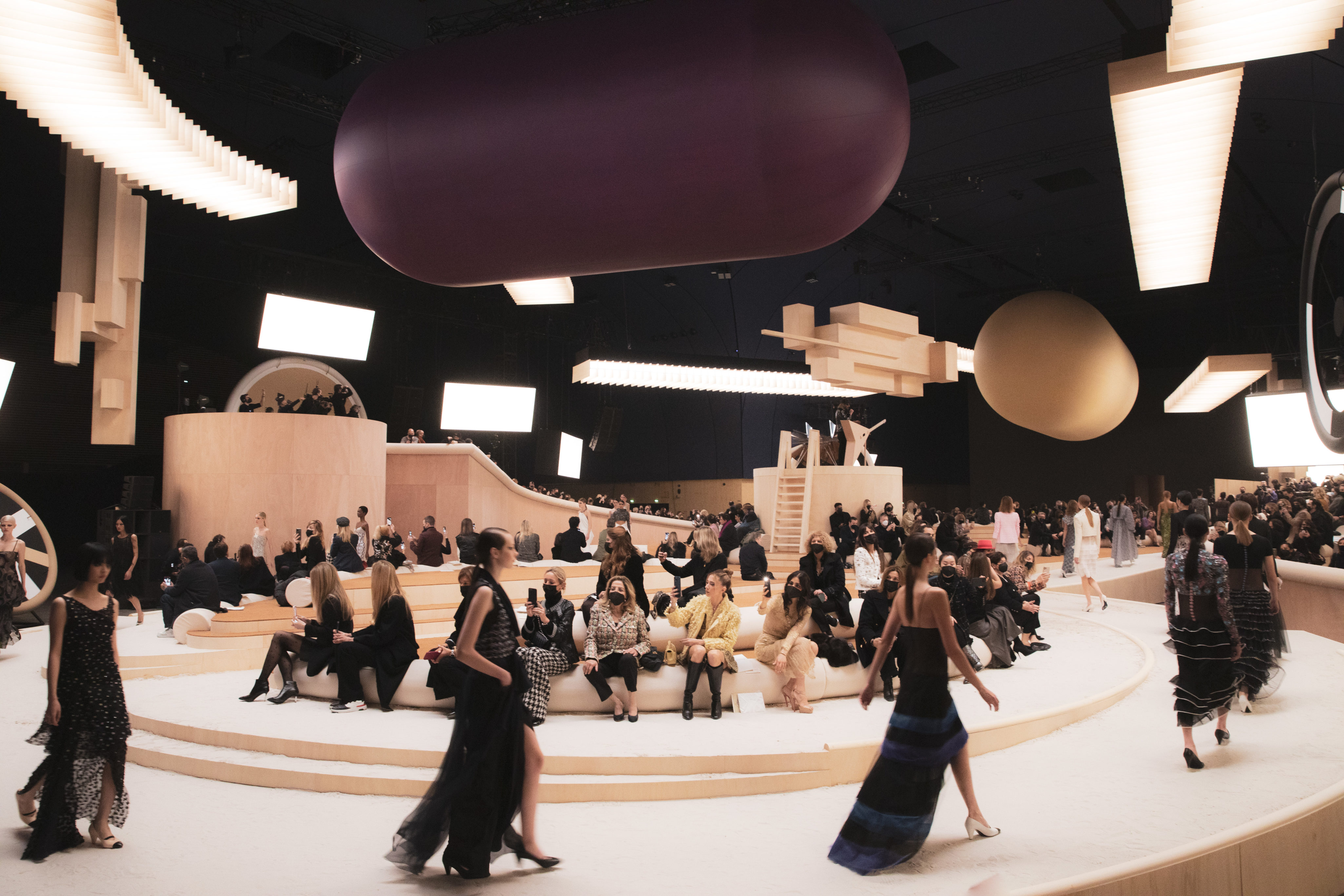 Never has a steed looked so chic.

Call it equestriancore or the Western style renaissance, but horse girl fashion is in (you can thank the Hadids). Chanel gets this — after all, Gabrielle “Coco” Chanel herself was an avid rider, and her appropriation of the masculine jockey styles of the 1920s (like tweed jackets) would later inform some of the earliest creations inside her Paris atelier.

And just this morning, over a century later, brand ambassador, model and accomplished horsewoman Charlotte Casiraghi (11th in line to the throne of Monaco, if you were curious) opened the fashion house’s Spring/Summer 2022 haute couture collection on horseback, wearing a Chanel jacket made of black tweed and sequins as French musician Sébastien Tellier played oversized instruments atop a cylindrical podium. Spectators below followed the equine’s elegant gait, snapping photos (because, when was the last time you saw a horse on a runway?).

Contemporary artist Xavier Veilhan created the visual universe for the show, held at the Grand Palais Éphémère in Paris. Described as “part landscape, part garden and part open theatre stage,” the atmosphere was designed to elicit a feeling of wonderment. A nod to the aesthetics of Universal Exhibitions, this décor acted as a framework where creative director Virgine Viard felt “free.”

“These geometric shapes made me want contrasts, a great lightness and a lot of freshness: ethereal dresses that float as if suspended. Lots of flounces, fringes, macramé, bright lace, iridescent tweeds, colourful jewelled buttons,” Viard noted.

Weaving femininity (a pink tweed jacket with white stripes; two-tone Mary-Janes with heels inspired by the 1920s and ‘80s) with punk (think asymmetrical black eye makeup) and a touch of androgyny, the collection closed with a smokey-eyed model in an ethereal white gown carrying a deep blue bouquet.

All of the House of Chanel’s embroidery partners collaborated on the collection. “One of whose key pieces is a dress entirely embroidered by Lesage with constructivist camellias in black, white and coral beads, worn with a little black jacket,” Viard noted. “These references also belong to Gabrielle Chanel, of course. It’s like a conversation that crosses time.”

Click through the gallery below for a selection of looks from the Chanel Spring/Summer 2022 couture collection.