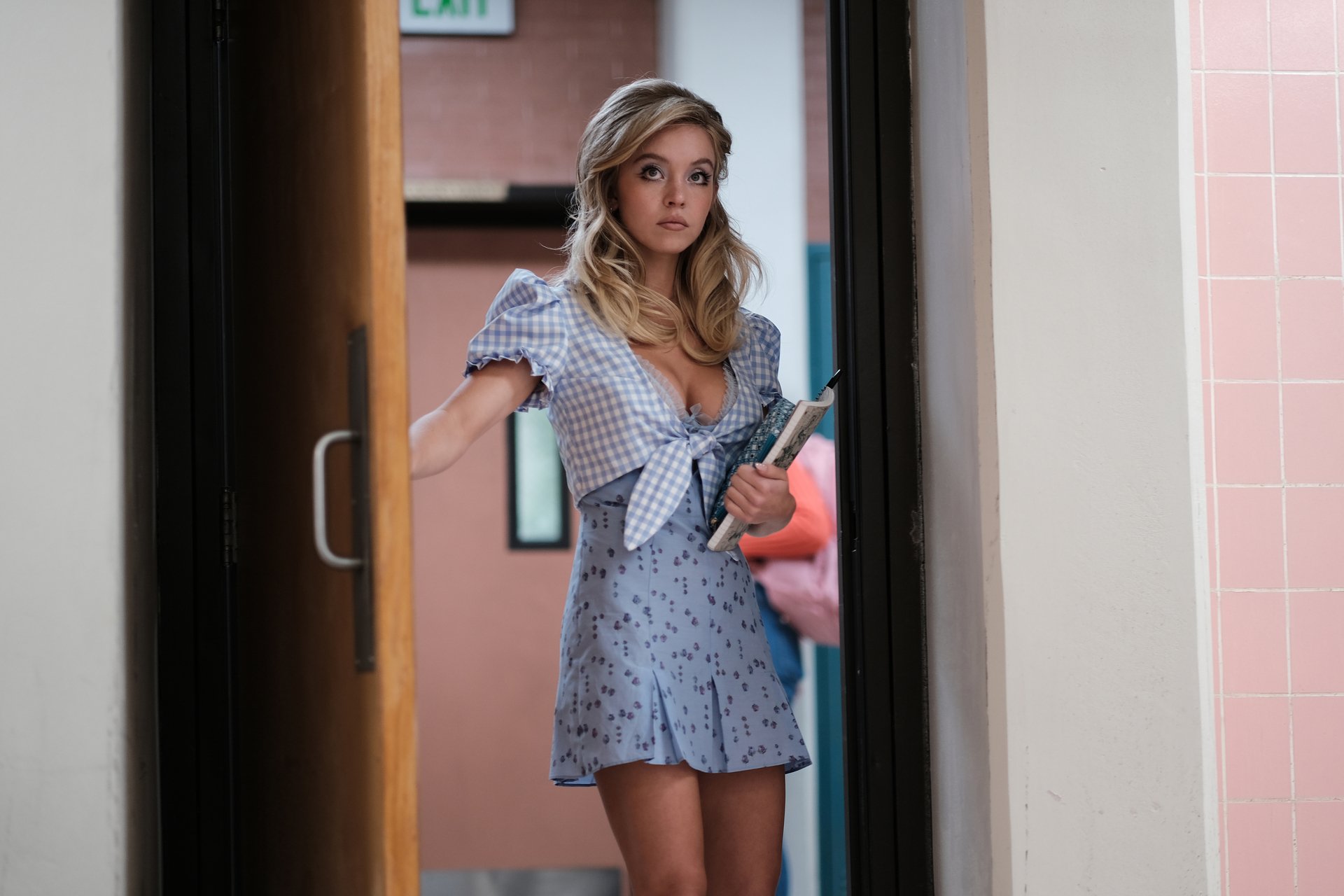 And we couldn’t be happier.

All Euphoria viewers are probably thinking the same thing right now: Cassie, girl, what are you doing?

When HBO dropped the trailer for the second season of its acclaimed teenage drama late last year, one scene in particular piqued viewers’ interest as Cassie Howard (played by FASHION cover star Sydney Sweeney) tearfully screamed at her friends in the East Highland High bathroom, “You guys can all judge me if you want but I do not care. I have never, ever been happier!”

And after the most recent episode of Euphoria aired on January 23, we found out exactly why she was so emotional (spoilers ahead!).

To start, Cassie had her share of bad luck in bathrooms this season. For the better part of episode one, she was hiding in a bathtub at a party, hoping no one would realize she had just hooked up with Nate Jacobs (Jacob Elordi), the abusive ex-boyfriend of her best friend Maddy Perez (Alexa Demie). Things have only become more chaotic for Cassie ever since, as she secretly falls in love with Nate.

Episode three of season two focuses on Cassie’s deteriorating mental state as she vies for Nate’s attention. Of course, in the fashionable world of Euphoria, that means a lot of over-the-top outfits including, most notably, the country-inspired look she wears in that scene.

Every morning before school, Cassie wakes up at 4 a.m. to perform an extensive beauty routine in the hopes that Nate will talk to her. And every day that she shows up at East Highland High looking uber-glam, he doesn’t appear to notice.

As time goes on, she begins to morph into new versions of herself to spark his interest. At one point, she shows up dressed exactly like Maddy — and only then does he just barely look her way. Suffice to say, it gave us all extreme second-hand embarrassment.

This brings us to the viral scene in which Cassie breaks down crying. After days of inadequate sleep and next to no response from Nate, she shows up one morning in a particularly eccentric ‘60s ensemble. The outfit comprises a blue sundress with pleating at the bottom under a plaid blue and white tied shrug. Her hair is teased and voluminous, and her pastel eye makeup is accentuated by winged liner and long, thick lashes.

Cassie’s friend Rue Bennett (Zendaya) sees her outfit and mistakenly thinks she’s trying out for the school play, Oklahoma!, which is set on a farm. Then her friends Maddy and Kat Hernandez (Barbie Ferreira) enter the scene and mockingly ask her why she looks like a “country music star.” These comments send Cassie spiraling — hence the unhinged screaming scene (which is actually all in Cassie’s own mind).

The outfit signifies a breaking point for Cassie. While desperately trying to outdo herself with every new outfit, she loses touch with her identity. Though it represents Cassie’s instability, the look itself coincides with a larger resurgence of country aesthetics in fashion, and its campiness quickly sparked comparisons to Dolly Parton, the ultimate country-style icon.

Fashion search platform Lyst reported that country-style items have been trending in recent weeks. According to new data, there has been a 36 per cent rise in searches for fringed items, with a particular interest in jackets and cowboy boots.

With new trends seemingly emerging every day, Western-style elements have been integrated into everyday dressing. More and more, we’re seeing country staples embraced within other style aesthetics. Take Maeve Wiley from Netflix’s Sex Education. The widely beloved main character’s outfits are almost always finished with a dark fringed cowboy jacket. She meshes the country classic fit with her signature punk/goth style by pairing it with combat boots and fishnet tights.

Not to mention, we’re currently in the age of the cowboy boot as a statement piece. The unmistakably country shoe has become a footwear favourite among celebs like Gigi Hadid, Kendall Jenner and Dua Lipa, who pair the shoes with contemporary clothing pieces.

Despite the Euphoria character’s questionable ethics this season, we can’t deny she’s been turning some serious looks. We’ll take more Dolly-inspired outfits any day, minus the emotional messiness.

ASMR | What I Eat In A Week [Healthy Lunches]
Easy Yoga Postures for Menstrual Pain | Dr. Hansaji Yogendra
Ashton Kutcher Explains His Viral Red Carpet Photos: “I Can’t Hear Very Well”
How I Lose Fat & Keep it Off: Meals, Workouts + Everything Else
Valentine’s Day Makeup Looks for All Your Love Day Plans