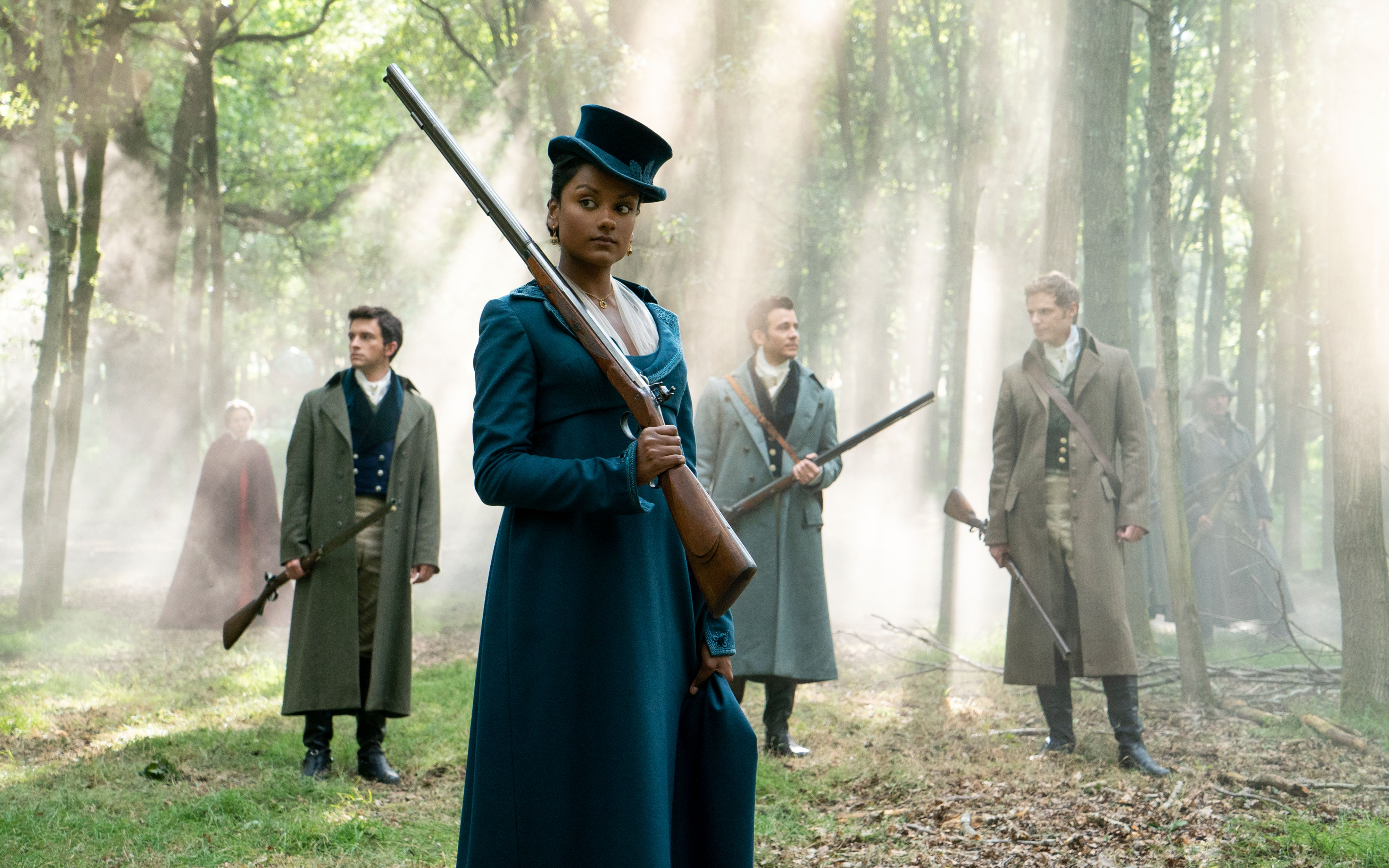 I mean, how many shades of blue are there!?

Full disclosure: I love blue. While it might be known as the basic you-know-what of the colour wheel, I can’t help myself. It’s an addiction! My house is blue; my coat is blue; my nails are blue; the list is relatively endless. But even for a blue-fangled fanatic like myself, I have to ask: Bridgerton season two, what’s with the obsession?

If you watched the first season of the Netflix phenomenon, you’ll know instantly what I’m talking about. Whether it was for a casual romp in the garden or a full-blown ball, heroine Daphne was scarcely seen on screen without a minty frock, and the pastel was christened as ‘Bridgerton Blue’ by fans and media outlets alike.

So when Netflix released a teaser for Bridgerton season two in September, it came as no surprise that the series’s blue period appeared to have continued, this time in the form of new female protagonist Kate Sharma. While blue-a-holics like myself were assured of its inclusion, in the latest photos released by the streaming service, the colour appears to have been given a bolder upgrade as the character played by up-and-coming actress Simone Ashley can be seen wearing not one but two teal ensembles.

Colour is one of the most powerful tools in a costume designer’s toolbox. Particularly in Bridgerton, costume designer Ellen Mirojnick expertly used it to communicate personality traits (Daphne’s calm and collected demeanour vs the Duke’s red-hot jacket and temper); differentiate families and social statuses (the cool tones of the Bridgertons vs the warm shades of the Featheringtons); and represent the emotional journeys of the characters (note how Daphne and the Duke wear more purple as the series progresses, which is, of course, the mixture of blue and red). So the choice to transition Kate from pale blue, as seen in the earlier photos, to the bright turquoise she wears in the latest images is sure to be very tactful.

As fans of the book series will note, the second novel in which the latest offering of episodes is based follows the love life of Daphne’s elder brother Anthony. From what we’ve seen in the teaser, the dynamic between him and Kate appears to be very Elizabeth Bennet-meets-Mr. Darcy but will surely include scenes that would make Jane Austen herself blush.

If blue is indeed the colour of the Bridgerton family, is Kate trying to blend in by wearing Bridgerton Blue? As Daphne was always one of the more shy members of the family (hence the pale pastel), does the bolder tone hint at Kate having a bolder personality? Does the Sharma family have their own green colour palette, and does the turquoise gown represent meeting Anthony in the middle? Or is the costume department simply tired of buying the same coloured fabric?

While I would personally love to see Bridgerton season two and the seasons that follow have a designated palette for each story change, I must admit I will miss feeling vindicated about my favourite colour choice. Feel free to assess for yourself as all the on-set fashion we’ve spotted so far is listed below.