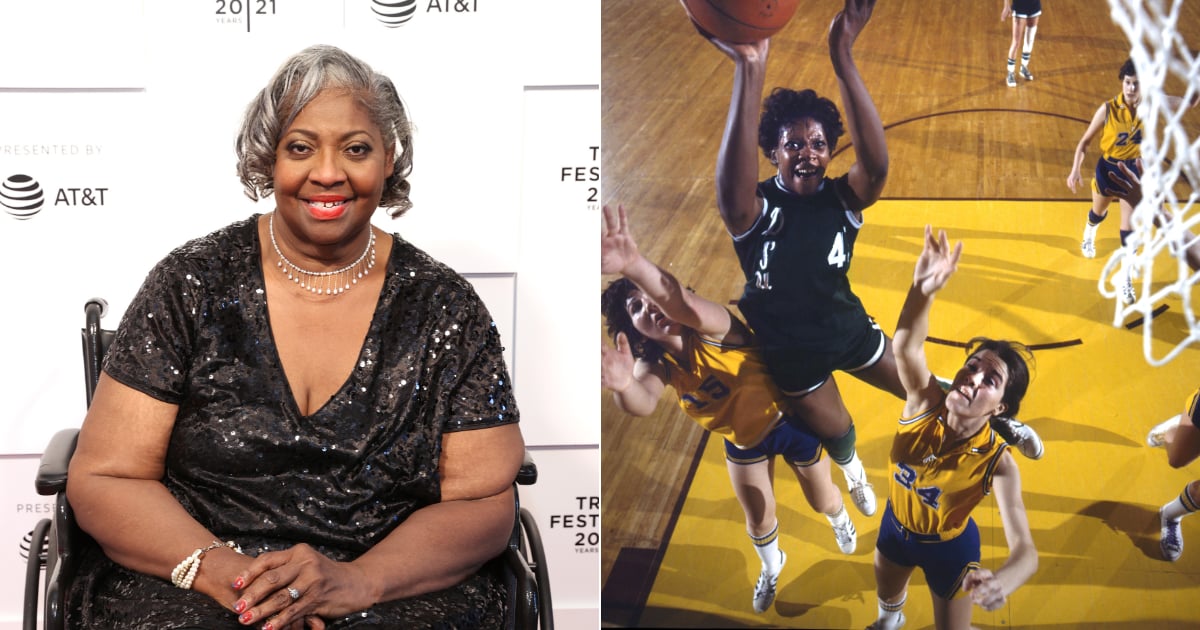 Lusia “Lucy” Harris, a bona fide basketball legend and the only woman to be officially drafted by an NBA team, died on Jan. 18 at the age of 66. A generational athlete who broke barriers in her sport, many are just now learning of Harris’s incredible journey from the daughter of sharecroppers to the Olympic Games and beyond.

“We are deeply saddened to share the news that our angel, matriarch, sister, mother, grandmother, Olympic medalist, The Queen of Basketball, Lusia Harris has passed away unexpectedly today in Mississippi,” Harris’s family said in a statement to Delta State University, Harris’s alma mater. “The recent months brought Ms. Harris great joy, including the news of the upcoming wedding of her youngest son and the outpouring of recognition received by a recent documentary that brought worldwide attention to her story.”

Harris was born in Minter City, MS, one of eleven children, and grew up idolizing basketball players like Bill Russell, Wilt Chamberlain, Oscar Robertson, and Kareem Abdul-Jabbar. “I wanted to grow up and have my own family, and I wanted to shoot that ball just like they were shooting,” Harris said in a 2021 New York Times documentary about her life.

When I got the ball, I knew my job was to score. And more than likely, I would score.”

Her chance came in high school, when Harris — who would grow to be 6’3″ before she graduated — joined the basketball team and started officially learning the game. “I didn’t develop a shot,” she remembered. “It just came natural.”

Harris chose Delta State University for college because the school had a women’s basketball team, recently formed after the passage of Title IX. The only Black player on the team, Harris helped lead Delta State to three straight national championships from 1975 to 1977. She still holds Delta State records for career points (2,891) and rebounds (1,662), and averaged a jaw-dropping 63.3 percent from the field. “When I got the ball, I knew my job was to score,” she said in the NYT documentary. “And more than likely, I would score.”

In between national championships, Harris took her talents to the 1976 Olympics in Montreal, where she scored the first points in the history of Olympic women’s basketball and helped the US to a silver medal.

After graduating, Harris came up against the boundaries of her time. “I wanted to keep playing, but there was no place to go,” she recalled. “There was no WNBA when I came along.” Harris decided to start a family, but she’d make one last trip into the history books when the New Orleans Jazz invited her to try out for the team in 1977. Though Harris turned them down, suspecting it might be a publicity stunt and feeling like she wasn’t “good enough” to compete against men, it still went down as the first time a woman was drafted by an NBA team.

Instead, Harris started coaching at her old high school and raising her children. Reflecting back, Harris said she didn’t regret her choice to turn down the NBA, citing the accomplishments of her kids as the reason why. “If I was a man, there would have been options for me to go further and play,” she said in the documentary. “I would have had money, would have been able to do a lot of things that I would have wanted to do. Yeah, they’re millionaires, famous. But I wanted to grow up and shoot that ball just like they would shoot it, and I did.”

Harris was the first woman collegiate player and first Black woman inducted into the Naismith Memorial Basketball Hall of Fame, in 1992, ensuring that the Queen of Basketball’s legend will live on.