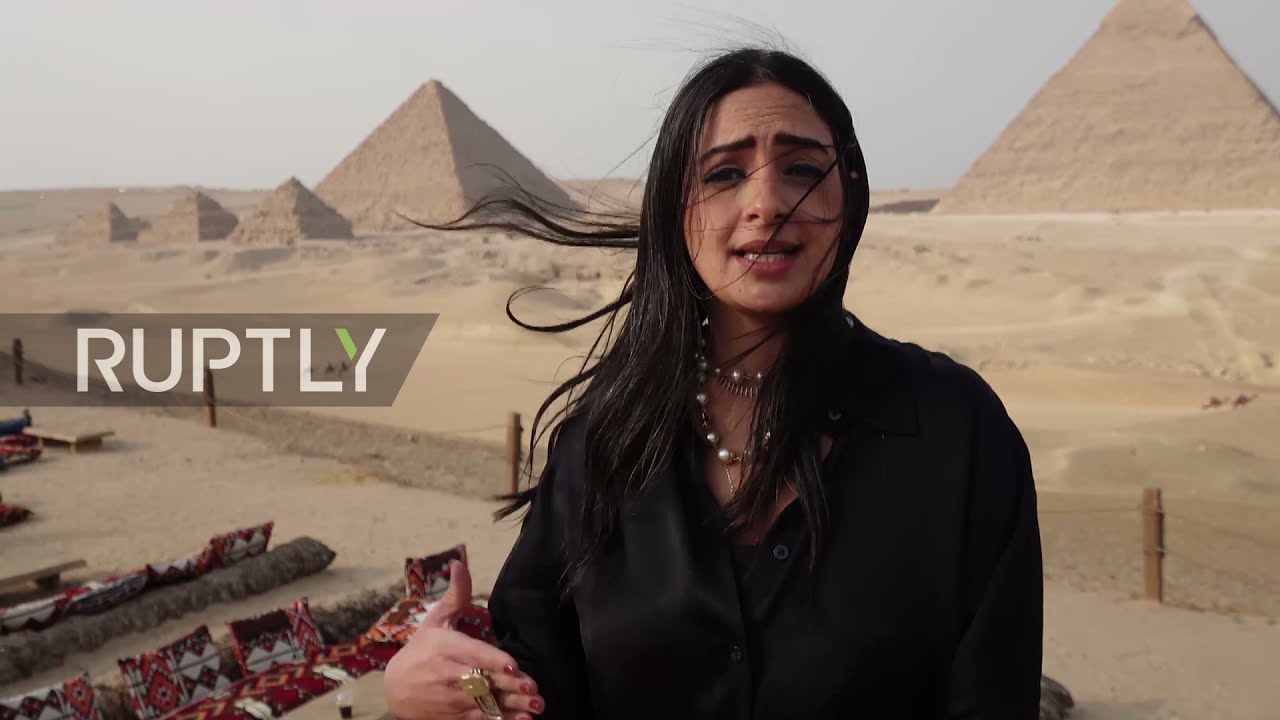 Dozens of women, including some men, were seen performing yoga at the Pyramids of Giza in Cairo on Friday, in a government initiative aiming to address violence against women through female empowerment.

Under the slogan ‘Yes Yoga Day’, the event started very early with some speeches before everyone began performing typical yoga poses in front of the pyramids.

Farah Nofal, the yoga coach who led the event, said, “Yes Yoga Day’s aim is to combat violence against women to empower women. My feelings today as I’m teaching the women at the pyramids are dangerous, it’s the first time in my life I do this. Of course, it’s very different compared to where I taught other classes.”

The organisers of the event, which included the Egyptian Minister of Solidarity and the National Council for Women, reportedly announced that the event proceeds would go towards helping refugee women in Egypt.

SOT, Reem Elfar, Yoga Trainee (Arabic): “One of the reasons for my participation in ‘No to Violence against Women’ is that many women in Egypt are subjected to violence, especially in villages, as well as women who cannot support themselves and do not have a source of income, which exposes them to violence and terrorism, so of course it is a really good idea and anytime I find an initiative like this, I will participate in it.”

SOT, Farah Nofal, Yoga Coach (Arabic): “Yes Yoga Day’s aim is to combat violence against women to empower women. My feelings today as I’m teaching the women at the pyramids are dangerous, it’s the first time in my life I’ve done this. Of course, it’s very different compared to where I taught other classes.”

SOT, Laila Hosny, Director at Alexandria Bank (Arabic): “This year, we chose the issue of refugee and migrant women in Egypt recently, in cooperation with the Solidarity Foundation. All proceeds from purchasing tickets will support the cause of refugee women, specifically their education and economic empowerment in Egypt, in addition to the donations made by the Bank of Alexandria and the Sawiris Foundation.”

SOT, Sarah Mohamed, Yoga trainee (Arabic): “Through events like this, women become more aware of the idea of protecting their bodies. What I heard today from the lecture in the session made me think and I developed awareness of many things and re-thought about certain situations. I feel that when women in Egypt have more awareness of the pain of standing that they can be exposed to and how to protect themselves, this will help them a lot.”