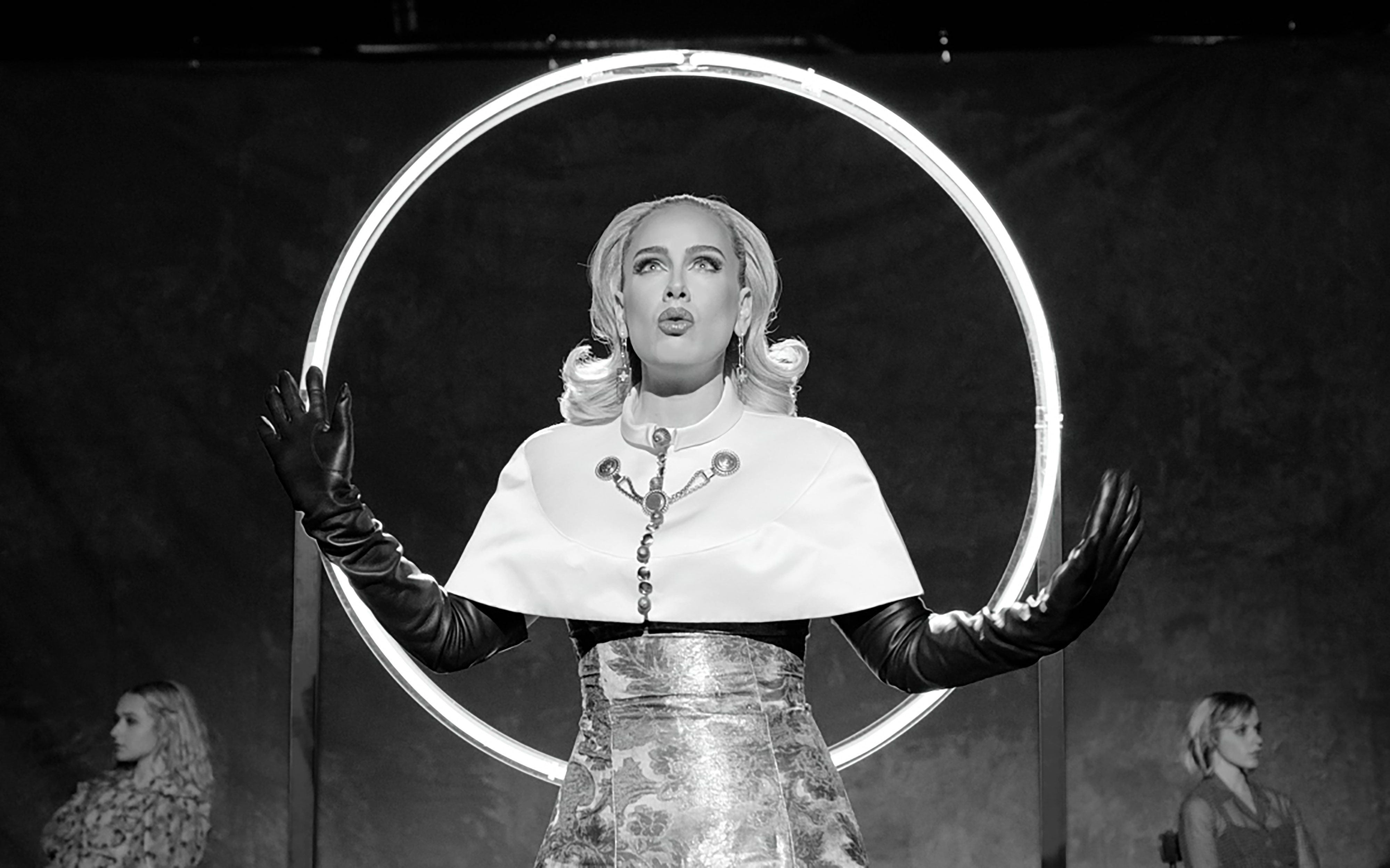 Because who doesn’t need a pair of polka dot sling-backs in their life?

If you’ve ever wondered what it’s like to walk a day in Adele’s shoes, now you can try it for yourself, thanks to footwear designer Bella Belle.

Adele can be seen sporting the American brand’s black ‘Matilda’ polka dot tulle sling-backs in the newly released music video for the single “Oh My God,” off her 30 album. Released on Jan. 12, the fashion world has since been in a frenzy as the 33-year-old singer can be seen wearing not one but three couture gowns by Harris Reed, Louis Vuitton and Vivienne Westwood. With such an all-star designer lineup, Bella Belle were left slightly speechless to be included.

“Where do we even start?! These are brands that we’ve admired for their creativity and artistry in redefining the fashion industry. To have the Matilda heel be the finishing touch to the look is truly an honour,” writes co-founder Veronyca Kwan over email.

Inspired by the Italian word for beautiful, Bella Belle has earned a devoted global following for its ethereal evening designs and cushy soles. Made entirely by hand in a family-owned factory, each shoe features extra thick padding for more stability, ankle support and just overall comfort. One reviewer was so impressed that she wrote on the brand’s website, “They were so comfortable that I wore them all day and forgot I was wearing heels!”

With brides as the brand’s typical clientele, Kwan says her and her business partner were shocked when they first heard from Adele’s team. “We were just so excited! We’ve love her as an artist and have loved watching her evolve into a confident fashion icon, proving that 30 is the new 20. When they reached out, they were specifically looking for polka dot shoes and we knew immediately we had the perfect ones for her!”

As the second music video from her fourth album, this fashionable foray into film is an undeniable statement that Adele 3.0 is here to stay. Clothing has always been a powerful form of communication and storytelling, and with these highly stylized couture pieces, Adele is representing her new era of power and self-acceptance. If you watch the Oh My God video closely, there’s a clear progression between the first polka dot ensemble and the almost queen-like gown Adele wears in the final scenes. It feels as if she’s come full circle (also note all the circle motifs!) and embraced the icon that she truly is.

Priced at $345 USD ($431 CAD), the average shopper might object to spending hundreds on a pair of heels. But any true Adele fan will agree that it’s a small price to pay to channel the British icon.