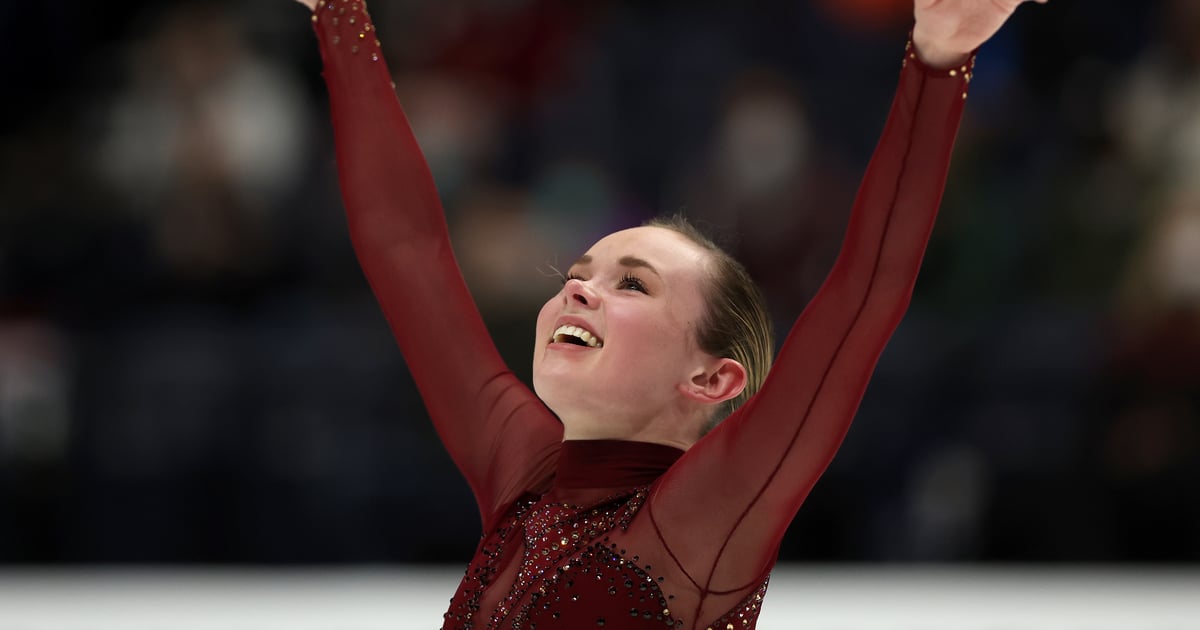 Mariah Bell clinched gold at the 2022 US Figure Skating Championships with a combined score of 216.25. She came into the free skate on Jan. 7 in first place following a stellar short program the night before, and 2018 Olympian Karen Chen finished just behind Bell on the podium with a second-place combined total of 213.85. Isabeau Levito, 14, wasn’t far behind with a 210.75 at her senior debut.

This was Bell’s first national title. Her long program, a beautifully-choreographed number that helped win her silver at the 2020 National Championships, was set to “Hallelujah” by K.D. Lang. Bell battled through a few technical errors, but her powerful performance exuded an effortless radiance. As 1998 Olympic champion and NBC commentator Tara Lipinski put it, “It feels like she is stepping into sunlight when she skates this program!”

Bell said on the live Jan. 7 NBC broadcast upon winning national gold, “I just am really, really grateful to be here and be competing. I was really nervous for this program and just tried my best to stay in the moment and grab every point, and the audience was so amazing. And I’m just so fortunate and grateful and so honored to be national champion.”

Bell, 25, is the oldest national figure skating champion in 95 years, according to NBC Sports. But that’s not all! She is officially one of three athletes who will represent the United States at the Beijing Olympics next month in women’s figure skating, reportedly making her the oldest US Olympic women’s singles skater in 94 years. Chen and Alysa Liu were also named on Team USA. Liu, third after the short program, withdrew from the US Figure Skating Championships due to COVID-19, but she petitioned for a spot on the team.

Ahead, check out photos of Bell’s phenomenal free skate, as well as a clip showcasing the crowd’s standing ovation at the end. We can’t wait to see her and her teammates in Beijing!