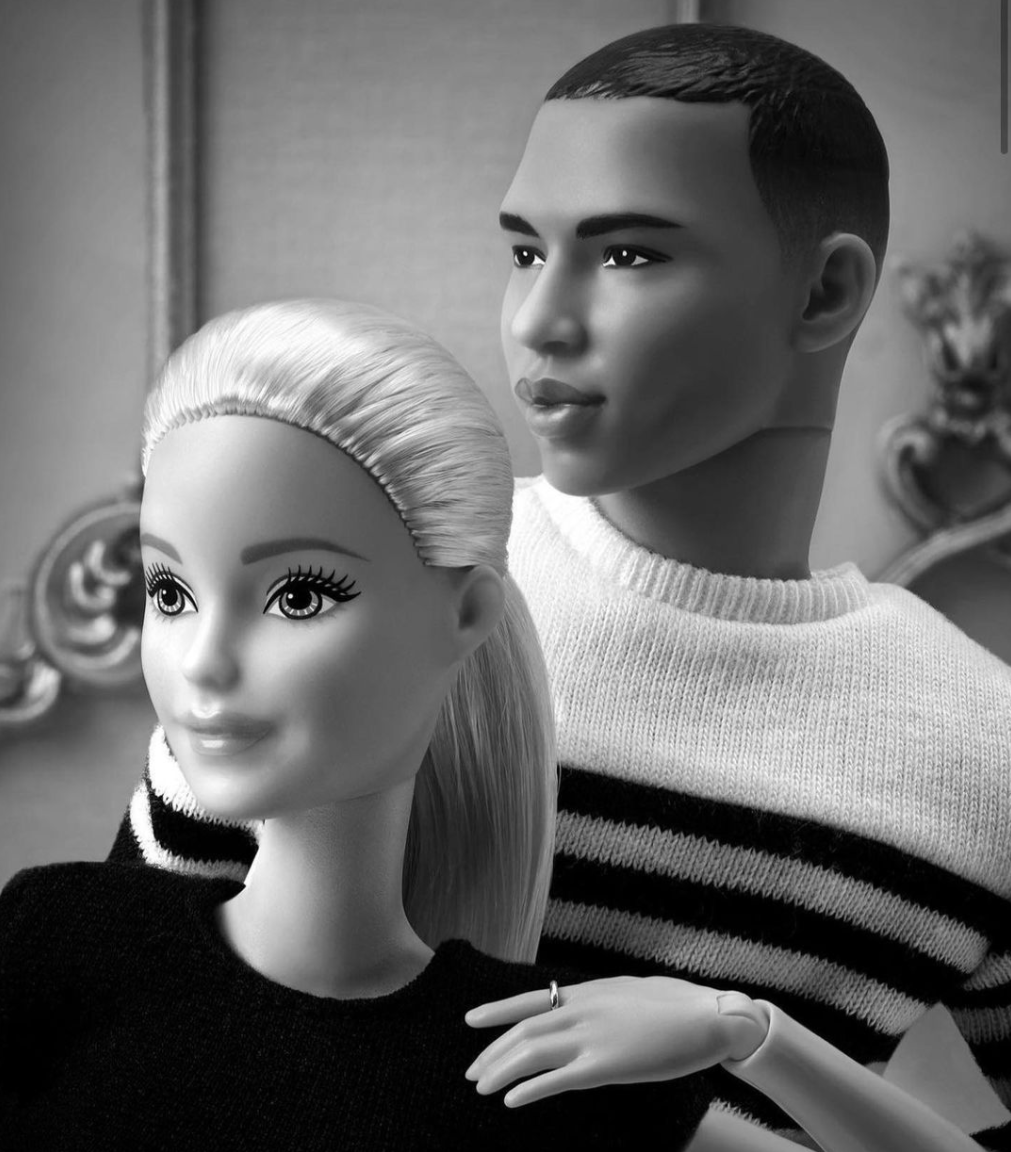 Plus Sentaler releases a limited edition pink coat and Nobis has a new brand ambassador.

Balmain is giving Barbie and Ken a makeover

If you’ve ever wanted to be a Barbie girl in a Barbie world à la Aqua’s iconic lyrics, Balmain is here to help. Creative director Olivier Rousteing described the collab to WWD as a “bridge between Barbie and the Balmain couture world, of a house born in Paris in 1945.” The 70-piece collection — ranging from 195 to 29,990 euros (CAD$280 to $43,060) — teases unisex styles as Ken can be seen wearing a rosy robe in a promotional photo. Launching on January 13, expect everything from graphic t-shirts to satin ball gowns in pink, pink and more pink.

Vancouver’s Cape de Coeur is the most recent Canadian brand to join the metaverse. Teaming up with digital artist Tony Murray and renowned creative director Isabel Martinez (Isabelita Virtual), the trio have just released a collection of three special edition NFTs, inspired by the brand’s signature Guardian cape design. There’s also an accompanying video which highlights the waterproof nature of the capes and plays on the rainy weather typical of British Columbia.

Gucci celebrates the Year of the Tiger

Gucci is embracing its stripes with the launch of Gucci Tiger. In honour of the Chinese New Year, a selection of apparel and accessories for men and women will feature bold and playful renditions of one of creative director Alessandro Michele’s favourite animals. While the motif will appear on various sweatshirts, sneakers and handbags, the tiger theme will also take over all packaging and in-store window displays.

Sentaler is adding more pink pep to your step, courtesy of its latest capsule collection. Early in the new year, the Canadian outerwear brand re-released its signature wrap coat in a rosy hue inspired by “a crisp winter sunset where the frozen grey landscape meets the painted pink sky.” If you’re looking for an excuse to channel your inner Elle Woods, this is it!

If Dior was to be put in the dictionary, the words “feminine” and “romantic’ would surely be involved in its definition — that’s what makes Dior Vibe so exciting. Unveiled during the Cruise 2022 show, the line marks the introduction of a distinctly sportier aesthetic for the heritage brand and includes luxe sneakers, windbreakers and leggings. Modelled by various athletes, including Italian prima ballerina Eleonora Abbagnato and Afghan-Danish soccer player Nadia Nadim, head to dior.com to check out all the images.

Canadian brand Nobis has welcomed French mixed martial arts (MMA) champion Ciryl Gane as its latest global brand ambassador. “Our shared backgrounds, both founded on a predisposition for honour and respect, provide the perfect foundation to anchor our shared passion for technical excellence,” says Robin Yates, Nobis co-founder and vice president, in a press release. Following October’s announcement which introduced Marvel’s Simu Liu into the outerwear family, it’s clear Nobis has got some big plans for its future and we can’t wait to see what happens next.