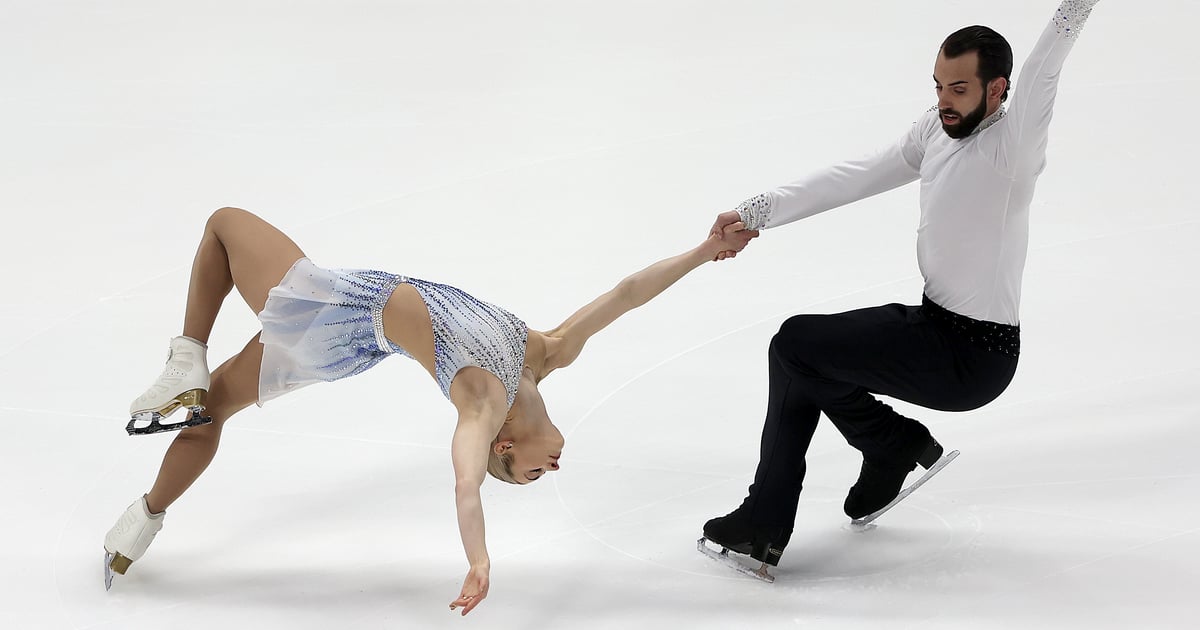 US figure skaters Timothy LeDuc, 31, and partner Ashley Cain-Gribble, 26, are competing the US Figure Skating Championships this week, and the hope is to secure one of two spots on Team USA to compete as a pair in February at the 2022 Winter Olympics in Beijing. If they make the team, they’ll also make history, as LeDuc would be the first out nonbinary athlete to compete in the Winter Games.

Navigating a gendered sport is extremely complicated. In an interview on the latest episode of NBCLX’s podcast My New Favorite Olympian, LeDuc, who uses they/them pronouns, shared how they once had a tryout with a girl who refused to skate with them, and said, “She thought me being gay was going to be a liability.” In another incident, they shared, before an international competition, one of their coaches said, “Timothy, go out and show them how masculine you are. That’s how you will win.”

In 2016, LeDuc found their current partner, Cain-Gribble, she accepted them and their unique partnership. She said on the podcast, “When Timothy and I teamed up, we never wanted to be what was looked at as the traditional team.” LeDuc said Cain-Gribble is “such a powerful, amazing athlete,” so she wasn’t interested in being the stereotypical fragile girl. When LeDuc told her they didn’t really want to do this romantic style, that it didn’t seem like it fit them, she was like, “Heck yeah, I’m good with that.”

LeDuc, who came out as nonbinary at age 28, feels Cain-Gribble understands their “struggle for finding authenticity,” because she’s also been criticized and told her body wasn’t right for skating, since she’s six inches taller than her competitors. So it was meaningful when they won gold in a U.S. pairs event in 2019, as LeDuc became the first openly gay athlete to win. But making Team USA would be such a huge accomplishment, to feel like they really “thrive outside of the binary.”

Watch this video of LeDuc and Cain-Gribble’s winning short skate set to “The White Crow,” at the 2022 U.S. Figure Skating Championships on Thursday. Their stunning performance scored a 79.39, setting a U.S. Figure Skating Championships record, received a standing ovation, and earned first place. Definitely watch until the end to hear what LeDuc said about calming the devil on thier shoulder, that reminds them of the pressure of the Olympics — it’s really inspiring.

We’ll be sure to keep an eye out for their free skate performance on Saturday at the U.S. Figure Skating Championships.

How to Build Your Weekly Workout Program | Jeff Cavaliere & Dr. Andrew Huberman
Lipgloss Nails Were Made for Minimalists
Food creator shares 5 healthy meals you can make from $75 in groceries
My 30kg Routine To Lose Weight – What I Ate In A Day, Workout Routine & Staying Motivated
Maharishi Yoga Asanas Class with Full Instruction