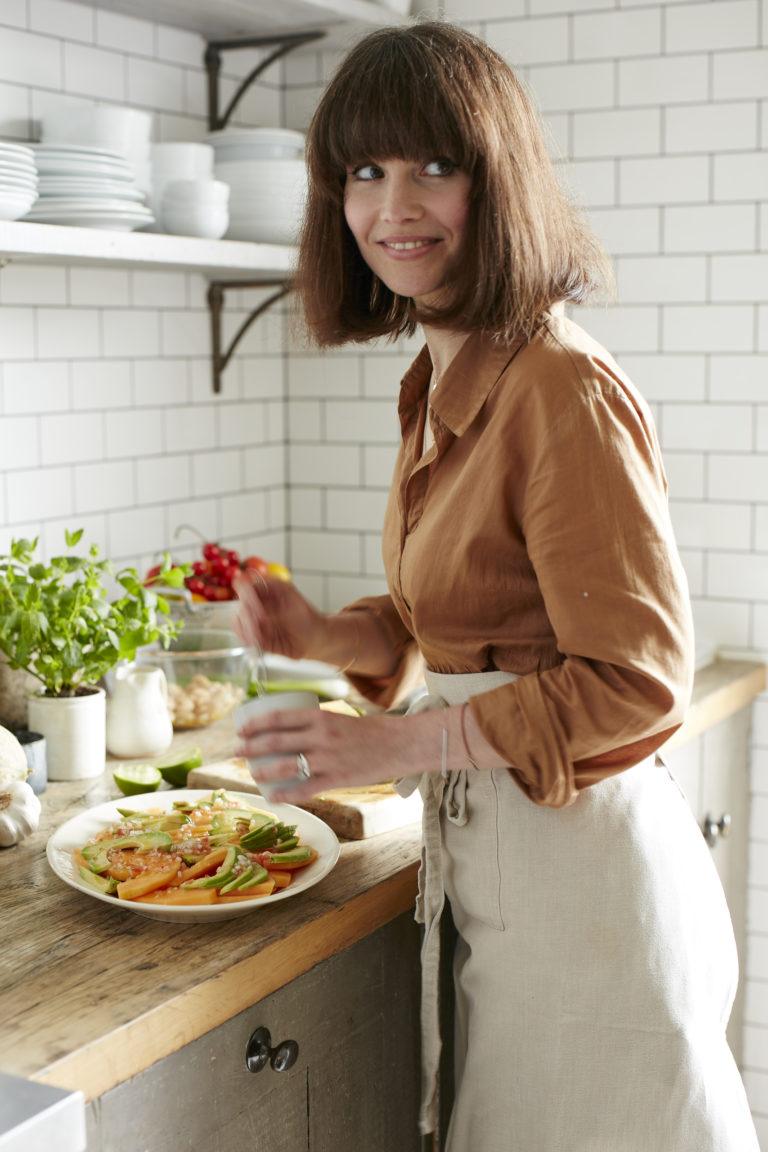 Veganism often has a lonely tag attached to it. Visions of people eating granola, alone, in loft-style apartments decorated only with yoga mats and slightly too well attended plants. The plight of the vegan is to live a solitary life with only avocados for friends and the odd night-out at the alcohol-free rave. A Charlie-Brown-like cloud hovers over them, as they go about their dull, glamour-free days with nary a silver lining in sight. Pity the vegan, for they know not of the fun they are missing out on.

Or so some folks might think because in reality, veganism is actually hella fun and the food is hella good – so good, one might say, you can’t think of anything better than to share it. Here’s why;

Everyone can eat vegan food making it the perfect option for buffets because it removes the question-mark (can I? can’t I?) from literally every dish. Ensure it’s entirely gluten-free and you will most certainly have food allergy friends for life!

Cashew sour cream is essentially the new hummus – and we know how much people loves their hummus. Slather it on crackers, load it into tacos or in baked potatoes and you have yourself a guaranteed crowd pleaser.

Vegan food gets people talking (… can you believe this is actually vegan?!!) making it the ultimate ice-breaker. Boom!

Plant-based food is super colourful and vibrant, and is kind to the planet too – if that doesn’t bring a smile to people’s faces, I don’t know what will.

Most of it is perfect for making in advance, which means you are free to enjoy the party (or gathering, or low-key brunch, whatever) without fretting about overcooking something in the kitchen. Pass the Prosecco please, I’m comin’ in!

It’s the only way of busting those vegan stereotypes that all we talk about is food – once we’re catered for (and our tummies aren’t rumbling) it free us up to chat about other things. Like hemp and how the rainforests are in rapid decline.

It’s the only way of ensuring your friends and family are getting their five a day. Load ‘em up with massaged kale salads and get groovy with the tahini sauce for a pumpin’ party combo.

Because the main aim of any vegan gathering should be to eat cake, drink gin and have fun … and you can totally do all those things and still be 100% vegan.!

Áine Carlin is author of Keep it Vegan, The New Vegan and Cook Share Eat Vegan.
Connect with on her website: peasoupeats.com.

What I Eat In A Day | I lost 135 Pounds with these meals!
Quick Workout for Women Over 40
Maharishi Yoga Asanas Class with Full Instruction
Yoga To Feel Your Best | Yoga With Adriene
Easy Backbend🔥 #tutorial #tips #shorts #stretching #gymnast #homeworkout #flexibility #yoga #funny